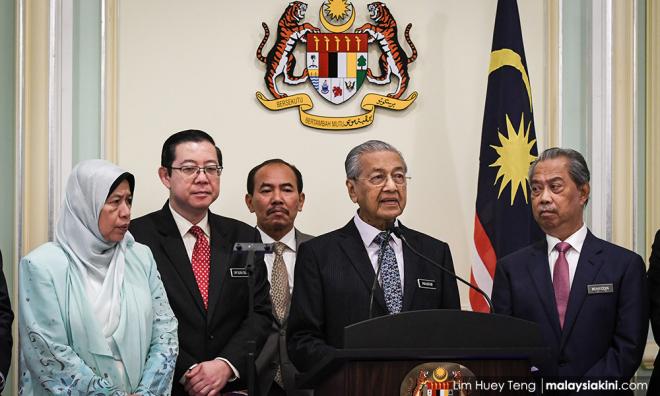 Cutting off our nose to spite our face?

COMMENT | I felt compelled to pen this opinion piece given the major cock-ups by some ministers recently. From flying cars to black shoes, khat, back-tracking on Lynas and, of course, the double-speak on Zakir Naik by many senior ministers, it sometimes appears that things have slipped back to the bad old days.

Some say worse. Even the racial uneasiness level appears worrying.

I've read many comments that indicate that knives are being sharpened and many wish to see a one-term Pakatan Harapan government.

A year ago, I wrote about how difficult it was to clear a 61-year-old clogged sewer. I then asked to give the new plumber some time to fix the rotten pipes and dredge out the sludge that was choking the drains.

While I am disappointed that the pace of change is slow, and sometimes new silt is replacing the old sludge, I am cognisant that the new team is still only about 16 months old.

How does a 16-month-old baby walk and talk? Often clumsily and spouting gibberish...