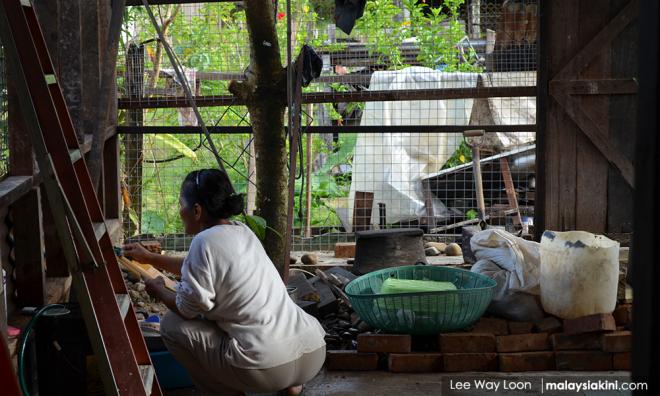 MP SPEAKS | I welcome the statement by the United Nations special rapporteur on extreme poverty and human rights Phillip Alston, which noted, among others, the dire need for Malaysia to re-evaluate the national poverty line of RM980 per month (or RM8 per day) and to devise poverty-alleviating framework that take into account the needs of marginalised communities, such as migrant workers, refugees, stateless people and the disabled.

Poverty is a multi-dimensional phenomenon that is grounded on lived experiences.

Any assessment of the national poverty rate must take into account the ability of Malaysians to live healthily, participate in society meaningfully and be in possession of opportunities for personal and family development.

Unfortunately, in my brief experience as an MP for Petaling Jaya, I have learned this is not a reality for many of my constituents, even as they live side-by-side with their more affluent neighbours.

For instance, a small survey by a team of volunteer paediatricians on 46 children in PPR Lembah Subang found that 11 percent of them are stunted.

Teachers in schools which serve the urban poor have admirably taken up the task of pooling funds to pay for lunches of their students.

Many others, including my office, are taking up the task of extending food aid to the underprivileged. Surely, in a prosperous city like Petaling Jaya, this should be considered as a small indication of a much graver problem nationally.

Although the government is laudably attempting to address the problem through the Cost of Living Aid (BSH) and e-kasih database, these are inadequate or inaccessible.

The questions that Alston (photo) raised are not unheard of. Our Deputy International Trade and Industry Minister Ong Kian Ming previously stated that our poverty line needs to be revised so that it conforms with reality and expectations of Malaysians.

This has since been echoed by Ungku Aziz Centre for Development Studies chairperson Martin Ravallion, who has estimated our relative poverty rate to be at 12 percent.

This is something that I have brought up during debates in Parliament for the 2019 Budget, the mid-term review for the 11th Malaysia Plan and during the debate on the Yang di-Pertuan Agong's speech last March.

Again, I urge the government to look into various reports. Khazanah Research Institute, for instance, found that households with income below RM2,000 only have after-expenses balance of RM76, indicating low levels of long-term financial sustainability.

Another report by World Bank found that one in five children suffer from stunting.

The wide array of studies indicates a growing disconnect between our national poverty line that was devised in the 1970s with the reality of living in the 21st century Malaysia.

Where our costs of living have increased manifold, our poverty line remains stagnant.

Along with Alston’s statement, they point toward the need to integrate the notions of relative poverty and “living wage” into the metric we use before this blind spot continues to condemn more people into the margins.