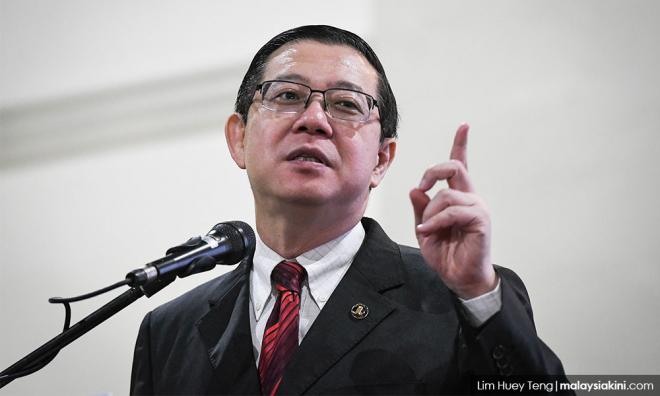 Finance Minister Lim Guan Eng today said contractors found to have been ganging up to win government contracts will have stern action taken against them.

Lim said using such tactics was a clear violation of laws and the Domestic Trade and Consumers Affairs Ministry, through the Competition Commission (MyCC) must take action against such ‘cartels’, if there is basis to claims that these contractors were working together to bid and then win lucrative government contracts.

“If there is a cartel, then we cannot allow it as we want fair competition. There should not be any party conspiring to put pressure on the bidding price so that it favours them," he told reporters after attending a Merdeka carnival at SK Sungai Puyu in his constituency of Bagan today.

"This is not about low prices anymore but more about ensuring they win the government contract bids by forming a cartel.

“If there are such cases going on, then reports must be lodged not only to the government but to the MACC as this is an offence. This also comes under the Domestic Trade and Consumers Affairs Ministry, and I am sure Saifuddin Nasution Ismail as the minister in charge will take prompt action."

Berita Harian today reported that there were at least 10 government project worth millions being probed by MyCC after the companies that won the bids were suspected to have formed an alliance in the bidding process.

The daily also reported that the investigation was initiated after MyCC received information about the tactics employed by the conspiring companies.