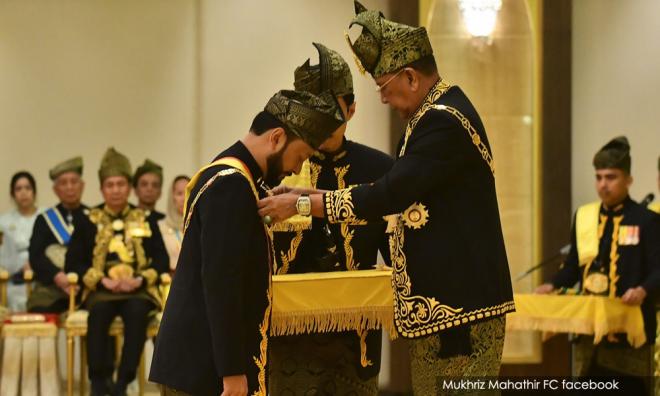 Kedah Menteri Besar Mukhriz Mahathir headed a list of recipients of state awards and medals in conjunction with the 77th birthday of the Sultan Sallehuddin Sultan Badlishah of Kedah today.