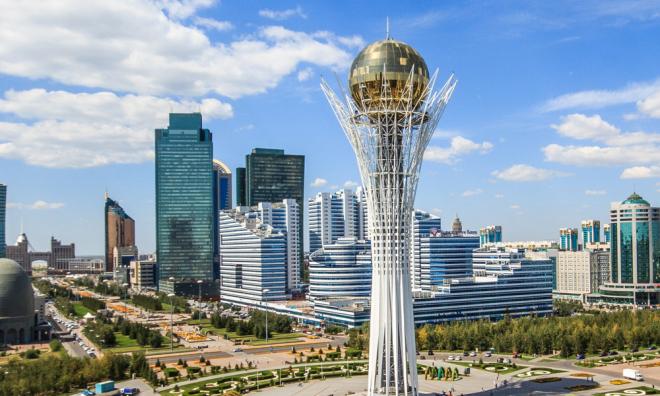 M'sia looking to boost participation of local firms in Kazakhstan

Malaysia is looking to boost the participation of local companies in Kazakhstan to capitalise on the potential growth in specific economic sectors in the former Soviet Union republic.

He added that Kazakhstan was looking for investments in education, where Malaysia has the expertise, as the country planned to open international schools based on the Cambridge IGCSE (International General Certificate of Secondary Education) curriculum in three cities, namely Shymkent, Nur-Sultan and Almaty.

"There is a lot of room to increase bilateral trade between Malaysia and Kazakhstan. We are working hard towards it.

"We at the embassy, the Asean Chamber of Commerce and Malaysia-Kazakhstan Business Council (MKBC) are trying to attract more Malaysian businesses to expand their operations into Kazakhstan," he told Bernama in an interview recently.

Malaysia is currently represented by less than five companies in Kazakhstan, he added.

In 2018, Malaysia-Kazakhstan bilateral trade stood at US$478 million (RM2 billion), out of which 73 percent comprised Kazakhstan’s exports to Malaysia, while the remaining 27 percent is made up of imports from Malaysia.

"We have a cement factory as well as two oil and gas companies (operating) in Kazakhstan. In terms of exports, we export palm oil to Kazakhstan.

"It is not for consumption but more for manufacturing such as in the production of margarine," said Syed Mohamad Bakri.

Meanwhile, Asean Chamber of Commerce president Moehamad Izat Emir said the Eurasian Economic Union had huge geopolitical and trade potential as it essentially extends from the borders of the European Union to the borders of China.

"The Eurasian bloc has a significantly higher gross domestic product per capita income than Asean itself, meaning the Eurasian market has plenty of money to buy," he added.

Izat said Malaysia, Singapore, Thailand and Vietnam had invested the most in the Eurasian countries, with about US$49.3 billion (RM206 billion), mainly in agriculture, food and tobacco.