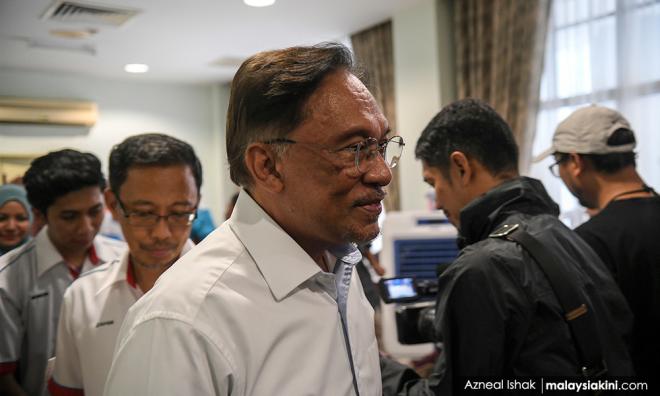 According to Berita Harian, Anwar said the issue of Zakir potentially causing tension has been resolved due to a ban on him from giving ceramah.

"If we look at his statement, he is quite consistent. He is quite provocative which can hurt feelings in interreligious dialogue. But I do not think he deliberately wanted to insult and question the position of the Chinese and Indians.

"The issue of Zakir causing tension through his speech has ben resolved (from the ban). Therefore I do not think there is a need to link to the demands and calls for him to be deported to India.

"Therefore, I support for him to remain in Malaysia, particularly during the ongoing investigation," he told a press conference after a function at the Terengganu PKR headquarters.

Zakir (photo) had stirred controversy after he suggested that Hindu Malaysians supported Indian Prime Minister Narendra Modi more than they do Mahathir.

The India-born televangelist also said that the "old guests" Chinese Malaysians should be sent back before he is.

He is currently under Malaysian police investigation over the comments.

Zakir claimed his statement was taken out of context, but apologised for the offence he caused.

The preacher is wanted by Indian authorities on money laundering and hate speech charges.

Zakir had said he is willing to return to India to face the charges if he is given a written guarantee that he will not be detained until the trial is concluded.