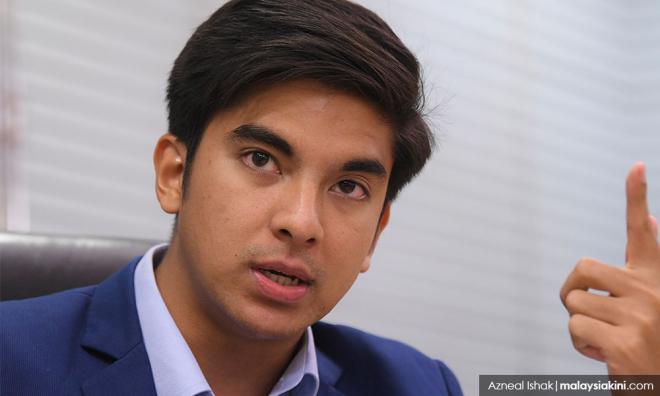 “Willing to stop children from receiving education just because you are afraid of three pages (of lessons) on Jawi, which are not included in exams and is already optional.

“You cannot get more bodoh sombong than this,” he tweeted last night.

Syed Saddiq was referring to the Seni Khat Action Team (Sekat) which said yesterday that unless Putrajaya accedes to their demand for a dialogue on Jawi lessons, they would convince parents to stop sending their children to school.

Several netizens criticised his use of the term "bodoh sombong," saying it was unbecoming of a minister.

“They (the pressure groups) have obviously been manipulated by... certain parties. Many Indians have condemned their statement.

“As a minister, you do not call them bodoh sombong. End of the day, they are citizens asking for a dialogue. Engage and explain,” his tweet read.

In response, Syed Saddiq tweeted: “And while we’ve been engaging and explaining for one whole month, someone's education is being held at ransom and used as a bargaining tool.

“If that’s not arrogance, I don’t know what is. A child’s education is not up for bargain,” he said.

Sekat – which comprises 24 pressure groups – called for the implementation of Jawi lessons in the Standard Four Bahasa Malaysia syllabus to be postponed, and is seeking a dialogue with the government and relevant stakeholders to reach an amicable solution.

“If our demands are not met, we want parents to not send their kids to school. We will hold a campaign to convince the kids to skip school,” Sekat secretary Arun Dorasamy said during a press conference yesterday.

The call was made despite the Education Ministry announcing a compromise – with Jawi lessons only being taught in Standard Four with prior approval of parent-teacher associations, parents and pupils.

This came following criticism from various quarters, including Tamil and Chinese educationist groups, over the planned introduction of khat or Jawi calligraphy lessons.

On Friday, several hundred protesters gathered peacefully at Brickfields to protest the introduction of Jawi lessons in vernacular schools.

Police, meanwhile, are investigating Chinese educationist group United Chinese School Committees' Association of Malaysia (Dong Zong), one of the main critics of the Jawi initiative, over its comments.

Among others, the group claimed the move was a form of Islamisation.