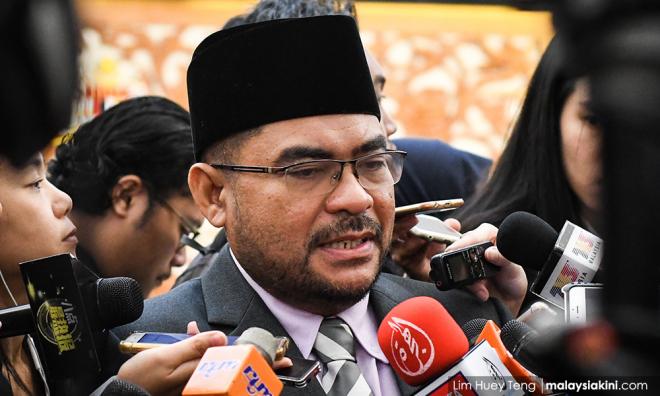 Some of the issues cited include Dong Zong, controversial preacher Dr Zakir Naik and the Bangi road rage case.

Before the Pakatan Harapan government goes overboard to enact such a law, it would do well to confront some vital issues to solve such problems.

Throughout Malaysian history, we have witnessed much more serious cases involving hate speeches, hate crimes, incitement to racial hatred than the recent controversies.

Context is everything if we are not to violate our fundamental liberty to freedom of expression. Nevertheless, there are vital issues to watch out for.

Not the Sedition Act, please

The minister has said that after discussions, it was agreed that a hate speech element will be included in amendments to the Sedition Act 1948.

Sedition laws in most commonwealth countries have since been repealed because they have been seen as an infringement on freedom of speech and a tool of political persecution.

A mature democracy is expected to absorb unpalatable ideas without prosecuting them under antiquated sedition law.

While the attempt at curing a widely recognised Malaysian malaise is laudable, I wonder if the originators of bills like the National Harmony Act are avoiding the 'problem' they are trying to solve.

The clue to this lack of clarity of purpose is seen in the 'fluffy' names given to the bills, i.e., 'national harmony', 'national unity' and the like.

It is worth recalling that more than a hundred innocent Malaysians were arrested and detained for being “threats to national security” under Operation Lalang in 1987.

So who defines 'national security', 'national harmony' and 'national unity'?

When the BN government proposed these bills after the 13th general election, the 'problem' they were trying to fix was then prime minister’s noted reference to the 'Chinese tsunami'.

If that is the case, the originators of the bills, like then prime minister, did not seem to know what the people want nor do they understand the root cause of the problem they claim to be addressing with such legislation.

If we look at the so-called 'problem' today, after the present prime minister called Dong Zong “racist” for opposing the introduction of khat calligraphy into the Standard Four curriculum, who would be the object of such a hate speech law then?

Was Dong Zong’s opposition to the inclusion of khat calligraphy in the primary school curriculum a threat to national harmony?

From the bills, it is very clear that they are aimed at combating a problem widely recognised by the world community at least since the Second World War; namely, racism, racial discrimination, related prejudice and intolerance.

Britain has the Equality Act 2010, the purpose of which is to align the Race Relations Act with European Human Rights legislation and to extend protection to other groups not previously covered, namely, on age, disability, gender, religion, belief and sexual orientation.

So why has the BN and now, Harapan government not drafted an Equality Act? Is it because equality itself is a 'sensitive' issue in Malaysia today?

It is so sensitive in fact that the ratification of Icerd (International Convention for the Eradication of Racial Discrimination) had to be jettisoned recently. Imagine that!

So, the BN and now the Harapan government chose to name their bills with imprecise Orwellian terms like 'national harmony' and 'national unity', which have been rendered meaningless through decades of government doublespeak.

It is not surprising that Malay supremacists object to legislation framed in terms of equality because "incitement to racial hatred" would be considered a criminal offence within the scope of such an Equality Act.

Under the UK Equality Act, actions are also considered to be direct discrimination when "someone is treated less favourably than another person because of a protected characteristic."

The British Criminal Justice & Public Order Act 1994 made the publication of materials that incited racial hatred an arrestable offence. These include:

The UK Public Order Act 1986 defines racial hatred as “hatred against a group of persons defined by reference to colour, race, nationality or ethnic origins.”

“Hate crimes” are criminal acts committed as intimidation, threats, property damage, assault, murder or such other criminal offence. They are a type of crime in which the perpetrator is sending a message to the victim about their right to belong to that society.

Hate crimes violate the principle of equality between people and deny their right to achieve full human dignity and to realise their full potential.

The negative impact of hate crimes on the greater community cannot be overemphasised - when the powers that be appear to sanction such crimes by their silence they perpetuate the acceptance of discrimination against specific groups in society, setting the scene for even more such inhuman attacks.

An Equality and Human Rights Commission

The minister has also proposed establishing yet another commission, namely, a Commission of National Harmony and Reconciliation. This seems like an attempt to reinvent the legislative wheel.

In the UK they have an Equality and Human Rights Commission. For a population of more than 56 million, this commission has just 10 commissioners.

Now, in Malaysia, we already have Suhakam. It should, therefore, extend its jurisdiction to incorporate an Equality Commission once we have legislated an Equality Act.

Its work would be to encourage greater integration and better ethnic relations and to use legal powers to help eradicate racial discrimination and harassment.

Thus, its ambit would cover racist stereotyping in textbooks and the press; racial discrimination in the public sphere, employment, education, social services, advertisements.

Such an independent commission should be empowered to issue codes of practice and be invested with powers to conduct formal investigations and to serve notices to furnish information or documents in order to enforce the law.

Because of the reluctance to face the question of racism, racial discrimination and related intolerance squarely, the BN and now, Harapan has proposed instead a new National Unity and Integration Commission with more commissioners to bleed the national coffers.

Time to rein in the racists

Clearly, far-right racial supremacists who rail about the dominance of their 'race' should be reined in by an Equality and Human Rights Commission and dealt with under an Equality Act.

For an administration to convince Malaysians that it is genuinely keen to institute reforms for better ethnic relations and equality, our country should immediately initiate moves to ratify Icerd and the International Covenant on Civil & Political Rights (ICCPR).

Failure to do so will only arouse suspicion that the government is merely doing window dressing in a vain attempt to tackle a perennial Malaysian political problem.

To take Malaysia out of the dark ages and into 21st century developed status, we need to address the main issues of racism, racial discrimination and related intolerance in our society and to propose appropriate bills and institutions to resolve these problems.

As we have seen, failure to do so results in fluffily clad bills which merely serve to glamourise an insincere regime.