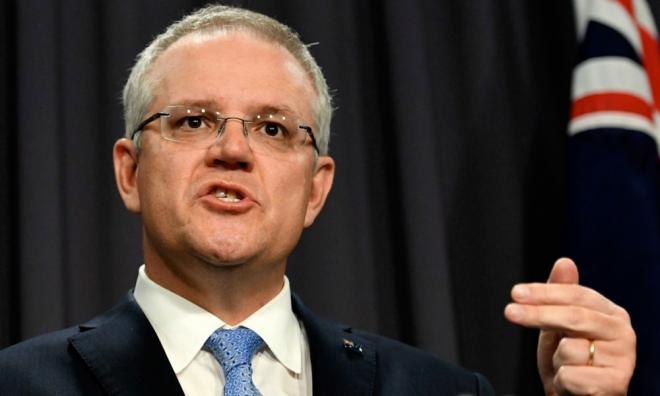 The framework was recommended by the Taskforce to Combat Terrorist and Extreme Violent Material Online.

Morrison said the new measures would prevent Australians from being exposed to violent events such as the Christchurch terrorist attacks.

Morrison has led a crackdown on technology giants that enable the spread of violent content since March's Christchurch attack, in which Australian man Brenton Tarrant allegedly killed 51 people, most of whom were praying at mosques.

He also live-streamed the mass shootings on Facebook for 17 minutes before the platform suspended his account and deleted the massacre video.

"The shocking events that took place in Christchurch demonstrated how digital platforms and websites can be exploited to host extreme violent and terrorist content," he said in a media release.

"That type of abhorrent material has no place in Australia and we are doing everything we can to deny terrorists the opportunity to glorify their crimes, including taking action locally and globally."

The government has previously passed laws that could see executives at technology giants such as Facebook, Google and Twitter jailed for up to three years if their platform fails to remove "abhorrent violent material" as quickly as possible.

Dutton said that the incumbent Liberal National Party Coalition would continue to take strong action to ensure that extremist content does not have a platform in Australia.

"Our government has really been leading the charge on combating this scourge and this is another important step to ensure Australians of all ages can feel safe at home and at work," he said.