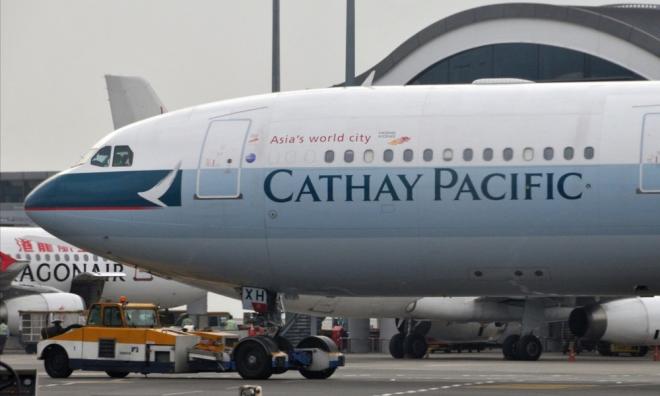 Hong Kong's Cathay Pacific Airways today said it had launched an investigation after 13 oxygen bottles used by cabin crew in emergencies were found empty, or partially empty, on two of its aircraft.

The discovery was made on the ground in routine inspections before a departure from Toronto, the carrier said, adding that of the 22 bottles carried on board each jet, five were affected on one aircraft and eight on the other.

"The portable oxygen bottles are for operational cabin crew use and permit crew to move around the cabin in the unlikely event of emergency aircraft depressurisation," Cathay said in a statement.

"Both cabin crew and passengers have in-seat aircraft oxygen available at all times."

The airline said the depleted bottles were refilled and checked by engineers prior to departure.

The incident, which comes as the airline is under scrutiny from China's aviation regulator, caused a stir on Chinese social media, with many commentators accusing the airline of endangering flight safety.

Cathay has emerged as the highest-profile corporate target as Beijing looks to quell protests in Hong Kong, with the Chinese government demanding it suspends staff involved in a protest movement, citing flight safety concerns.

Pilots and cabin crew have described a "white terror" of political denunciations, sackings and phone searches by Chinese aviation officials.

The carrier's chief executive, Rupert Hogg, stepped down this month and his replacement, Augustus Tang, told staff one of his priorities was to focus on safety and security.