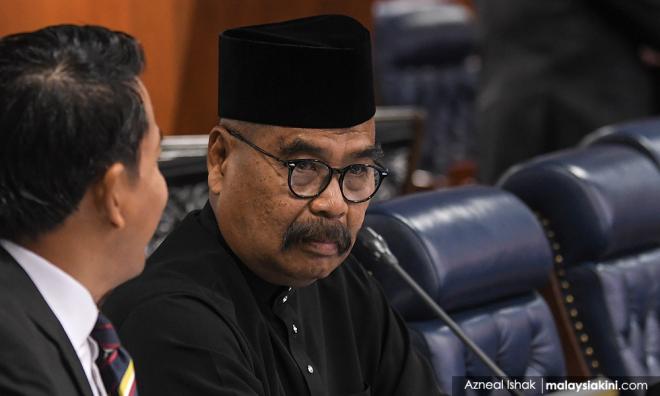 Cameron Highlands MP Ramli Mohd Nor (photo) has accused the government of failing to pay bus operators meant to ferry Orang Asli children to school, for up to five months.

As a result, he said the bus operators - many of whom are also from the Orang Asli community - are mulling ceasing operations as they could no longer support the cost of sending Orang Asli children to school.

“This is one of the contributing factors for the high dropout rate for Orang Asli children each year. The government cannot take this lightly and need to ensure that Orang Asli transport operators in Malaysia are paid on time each month for their services run smoothly,” he said in a statement last night.

He urged the government to explain the matter and resolve it as soon as possible, adding that such problems had never arisen during BN’s administration.

Ramli, who is the first Orang Asli person to become an MP, reminded the government to uphold its promise to strengthen the Orang Asli community.

He also urged Jakoa director-general to focus on developing the Orang Asli community in Peninsular Malaysia rather than merely offering lip service.

Malaysiakini has contacted Jakoa for comment and is waiting for a response.

human rights
orang asli
ramli mohd nor
jakoa
Related Reports
Is Perak denying the land rights of the Orang Asli?
a year ago
Orang Asli Dept ready to clarify Gerik land issue, says its DG
a year ago
Jakoa DG calls for AG to probe Temiar’s demand to remove ‘Islam’ from MyKad
a year ago
Those who bully Orang Asli students learned it at home - activists
a year ago