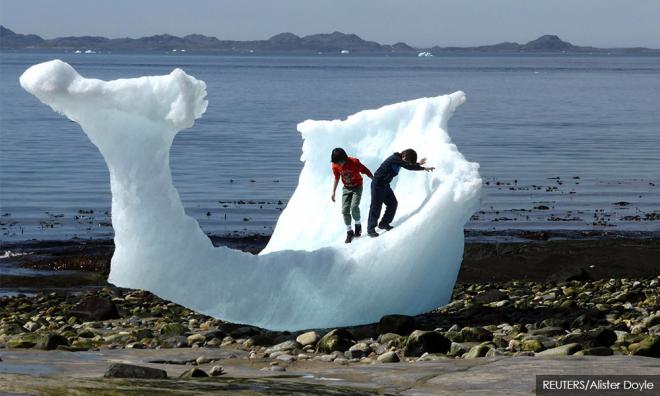 In spotlight after Trump offer, Greenland sees chance for an economic win

Greenland’s leaders want to use global interest in the Arctic island aroused by President Donald Trump’s eye-catching offer of a sale to stimulate investment and earn more from US military activity there.

Some business leaders and officials are seeking to translate the unexpected publicity into badly-needed ventures in roads, airports, hospitality and mines.

“When you stimulate investment in an area like Greenland, magic wonders can happen in mining, tourism, and infrastructure,” said Verner Hammeken, chief executive of Greenland’s Royal Arctic Line.

Trump last week called off a planned visit to Copenhagen, where he was to meet Greenland’s leader, after his idea to buy the vast island, home to only 56,000 people, was rebuffed.

Greenland is important for the US military and its ballistic missile early warning system, as it balances a Russian and Chinese commercial and military buildup in the Arctic.

The United States maintains an airbase in Thule in Greenland’s northwest, but doesn’t pay any rent under a 1951 treaty with Denmark.

Greenland had long wanted more in return for the base’s use. But discontent worsened in 2014 when the US military cancelled a contract with Greenland Contractors, a partly state-owned firm that had serviced the base for more than four decades.

And in 2017, the Department of Defence picked a US company instead of Greenland’s Royal Arctic Line to ship goods to the base, causing further resentment among politicians and locals.

“It is only natural that we should make the most of the US presence in Greenland, as we accommodate the defence cooperation on our land,” Greenland’s minister for foreign affairs Ane Lone Bagger told Reuters in an interview this week.

The service contract with Greenland Contractors was worth about 600 million Danish crowns (US$89 million) a year before it was ended, and was an important contributor to the small economy, which mainly relies on fishing and annual grants from Denmark.

“To the greatest extent possible, it must be Greenlandic companies, as well as Greenlandic workers, who service the base. It is only natural that we get our fair share,” she said.

As a result of the strained relations, formalised annual meetings in the so-called Joint Committee between officials from Nuuk, Copenhagen and Washington have been on standby since 2014.

“For five years we’ve tried to get the Thule contracts back, but at this point, I don’t have much hope,” Aaja Chemnitz Larsen, a lawmaker from opposition party Inuit Ataqatigiit told Reuters.

“The current America First strategy has not helped the relationship between Greenland and the United States,” she said.

The White House did not respond to a request for comment. The Pentagon said it “will prioritise activities in the Arctic that support homeland defence” and contribute to maintaining “balances of power in the Indo-Pacific and Europe.”

Last year, the US Department of Defense said it wants to “pursue potential strategic investments vigorously,” including airports in Greenland for both military and civilian use.

The Danish foreign ministry said it is in contact with the US administration about resuming Joint Committee meetings and that it will work “to ensure maximum benefit to Greenland.”

Greenland is an autonomous Danish territory, but Denmark deals with the island’s security and foreign affairs.

Royal Arctic Line, a state-controlled company that lost the shipping contract to Thule, continues to sail to nearby towns.

“It seems a bit strange that you use an area in a country without supporting that country’s infrastructure,” said Royal Arctic’s Hammeken, formerly of Danish shipping giant Maersk.

He said he regrets losing the contract, and there is “clear value in combining civilian supplies with military activity, especially in rural areas that are difficult to access.”

He would like more US investment: Greenland has no roads between its 17 towns and one commercial international airport.

“We’ve seen that when the United States catches interest in certain areas around the world, investments from private American companies follow,” he added.

world
economy
greenland
donald trump
denmark
us
united states
Related Reports
Trump calls Danish PM's rebuff of Greenland sale 'nasty' as trip cancellation stuns Danes
a year ago
Trump cancels Denmark visit after rebuff over Greenland
a year ago
Greenland tells Trump it is open for business but not for sale
a year ago
Trump privately talked about US purchase of Greenland: sources
a year ago