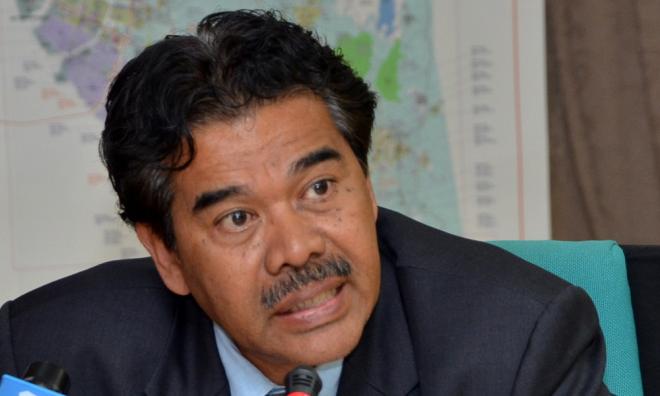 Penang is seeking to implement the Sungai Perak Raw Water Transfer Scheme (SPRWTS) by 2025 to ensure there is no water rationing in the state.

Penang Water Supply Corporation (PBAPP), which is seeking the commissioning of the transfer scheme, said the state needs to implement the project "urgently".

According to PBAPP, since 2011, the state has been pursuing the implementation of the transfer scheme.

"However, the record shows that the previous federal government had failed to implement the scheme from 2012 till last year," said PBAPP CEO Jaseni Maidinsa (photo).

He said Sungai Muda, the primary raw water source for Kedah and Penang, may only reliably meet both states’ raw water needs until 2025.

This was already stated in an independent study - "Masterplan Study for Potable Water Supply in Penang until the Year 2050" - commissioned by PBAPP in 2009, Jaseni added.

He said the study proposed the implementation of the transfer scheme to tap a second major raw water resource for Penang.

Since 1973, Sungai Muda has served as Penang’s primary raw water resource. Today, more than 80 percent of the state's raw water is abstracted from this river, Jaseni added.

He said in 2018, PBAPP produced 1,073 million litres per day (MLD) of treated water by abstracting raw water from Sungai Muda and other smaller raw water resources in Penang.

"It is not possible for PBAPP to abstract sufficient raw water from Sungai Muda to address such a huge future water demand.

"Moreover, Kedah is undertaking the 2,592 MLD Jeniang Water Transfer Project, ostensibly to abstract more water from Sungai Muda in the near future, upstream of PBAPP’s Lahar Tiang intake in Penang," he noted.

Jaseni welcomed the long-awaited announcement by Finance Minister Lim Guan Eng on Aug 25, where he was quoted in the media as saying that the ministry’s Public Private Partnership Unit (Ukas) will carry out a detailed assessment of the project.

The Bagan MP was also quoted as stating the transfer scheme would be evaluated in collaboration with the public and private sectors, and conducted through open tender proposals.

"Make no mistake, Penang needs the SPRWTS to ensure it has sufficient water to realise its Vision 2030 aspirations of becoming a “family-focused green and smart state that inspires the nation.

"When it is implemented, the SPRWTS will also mitigate Penang’s risks of
water crisis in this age of climate change when the duration and intensity of dry weather spells are becoming more unpredictable," he added.

Jaseni urged the federal government, through Ukas, to act promptly and decisively to initiate the implementation of the SPRWTS soon.

"The original specified timeline for the implementation of the SPRWTS is six years, and 2025 is exactly six years away."