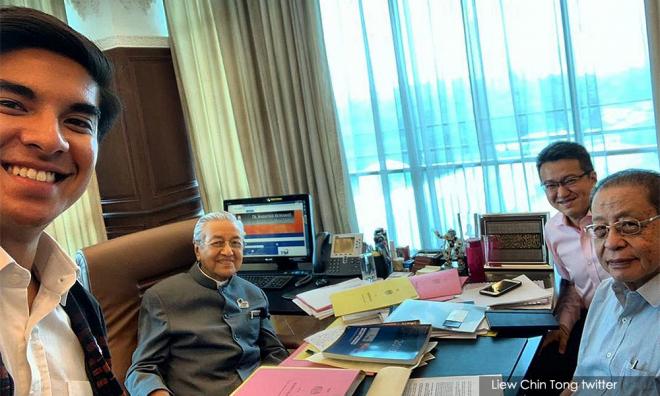 Prior to the last general election, Pakatan Harapan had promised a new dawn for the nation should the coalition win.

Almost 16 months after that monumental triumph, the coalition appears to be suffering from a grave crisis of confidence, having failed to meet expectations.

The situation is exacerbated by racial and religious issues dominating the Malaysian political and social landscapes, leaving Harapan parties in a conundrum with regard to appeasing their respective supporters.

Amid this backdrop and with the nation set to celebrate its 62nd Merdeka on Saturday, DAP veteran Lim Kit Siang met with Prime Minister Dr Mahathir Mohamad and PKR president Anwar Ibrahim.

Johor DAP chief Liew Chin Tong, who tweeted about the meeting with Anwar, said the two leaders discussed at length about the narrative forward for Malaysia Baru (New Malaysia).

“(This discussion) was within the framework of bringing all quarters back to the middle, (to) keep a distance from all forms of extreme discussions,” he added.

However, Lim chose to keep the issues raised during the meeting close to his chest.

“Nothing there. It was just a discussion. It was a regular meeting to discuss the (current) situation,” he told Malaysiakini when quizzed on their meeting on Monday evening.

Lim added that he has been meeting various people, including Mahathir.

Last Friday, Liew, who is also deputy defence minister, tweeted that he had accompanied Lim to a meeting with the premier and Youth and Sports Minister Syed Saddiq Syed Abdul Rahman.

“We spoke about the alliance of civilizations, nation-building and what else we can do to bring about a stronger sense of solidarity among Malaysians,” he said.

Since the last general election, DAP has been courting flak from both Malay/Muslims and non-Muslims over several issues. The most recent being the introduction of Jawi khat (calligraphy) in the school syllabus and the status of Muslim preacher Dr Zakir Naik.

The Umno-PAS alliance accuses DAP of acting against the interest of the Malays and Islam, whereas non-Muslims are vexed that the once vociferous party leaders now appear muted on several issues.

This sentiment among non-Muslims was evidenced in Lim, a respected figure in the Chinese Malaysian community, being jeered during a Hungry Ghost festival in his parliamentary constituency of Iskandar Puteri in Johor earlier this month.