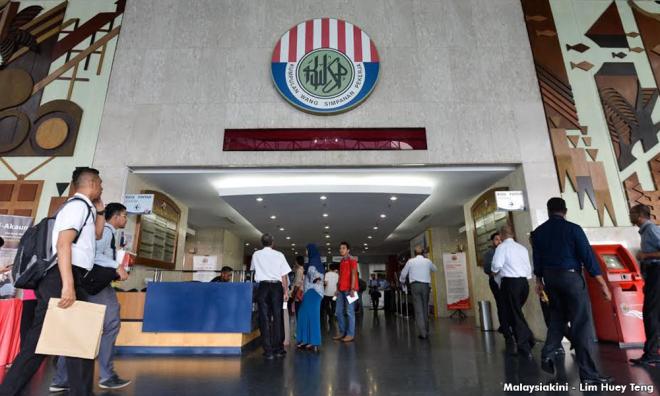 It was a long-term decision made prior to Singapore’s declining birth rates, longer life expectancy and the future plan to reduce the migrant worker quota.

Singaporeans are expected to have higher life expectancy, with estimated average lifespan up to 85.4 years by 2040.

The minimum retirement age of an employee in Malaysia is 60. The current retirement age suits the average life expectancy of 74.5 years, according to the Statistics Department.

Thanks to improved healthcare services, 60 is now considered a decent age for retirement. The only question is, are we Malaysians prepared for a comfortable retirement?

Roughly, Malaysians and Singaporeans are expected to live 15 to 20 years post-retirement, therefore they must ensure that they have sufficient funds.

At present, the idea of a happy retirement by the age of 60 is becoming a distant reality. This is because more than 50 percent of Malaysians may not be financially ready for retirement, according to the Credit Counselling and Debt Management Agency (AKPK).

The agency conducted a study last year on 1,000 Malaysians aged 18 to 55, which showed that although most respondents had set aside a portion of their monthly income as savings, one in five was saving less than 10 percent of their monthly salaries.

EPF also stated last year that almost half of its members aged 54 have savings of only RM31,000, with most being in the non-active category.

The fund as raised the minimum savings target to RM240,000 by the age of 55, which means after retirement, retirees will have approximately RM1,000 monthly to spend. For an elderly person, this sum is quite paltry.

According to BelanjawanKu, the expected expenses per month for an elderly couple is RM3,090.

The expenses were specified according to categories: RM850 for food, RM700 for housing, RM130 for healthcare, RM500 for transport, RM290 for utilities, RM90 for personal care, RM230 for ad hoc, RM170 for social participation and RM130 for discretionary expenses.

To ensure we have adequate savings for retirement, it is usually recommended that we save at least 20 percent of our income into our retirement savings fund.

This reality in Malaysia is making it almost impossible for Malaysians to secure their future and have a comfortable retirement, mainly because of the low wages and the high cost of living.

With low incomes and high expenditure, people’s ability to save is reducing over the years and this could be very alarming.

If this situation worsens, in the future we might probably see more and more elders aged 60 and above still working to sustain themselves.

That is why the government needs to review the EPF retirement plan and ensure that most Malaysian are able to prepare themselves for future retirement.

The government also needs to increase the minimum wage in order to secure a better future for the people as well as for the country. It is in hope that as minimum wage increase, the general level of wages will also rise in tandem.

Lastly, the government needs to constantly encourage people to save for their retirement. If not, we may have to follow in Singapore’s footsteps and increase the retirement age.

But this will only exacerbate the problem, as even with the current retirement age of 60, young people are heavily marginalised in the job industry, as evidenced by the high youth unemployment rate coupled with the younger demography.

Plus, our government may not be able to cope with the extra financial burden, as the salary for senior and experienced government servants is way higher than that of fresh graduates.

Retirement adequacy is an urgent issue for the government to look into.

AISYAH ABDUL HADI is a researcher at the Institute for Research & Development of Policy (IRDP).