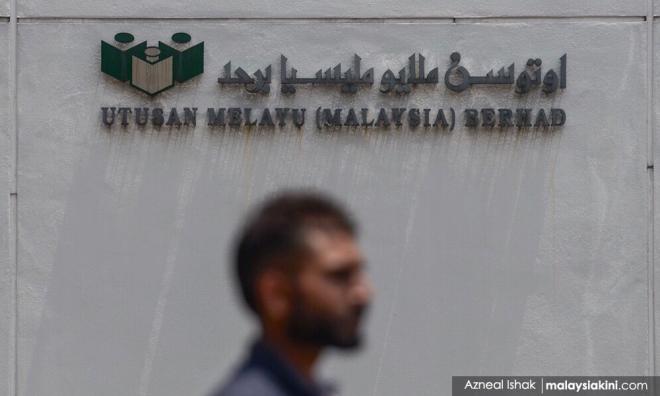 Utusan Melayu Bhd said today it will not appeal against the delisting of its securities from the local bourse.

The announcement came after the Aug 27 deadline given by Bursa Malaysia Securities for the publisher of the country's oldest Malay daily to appeal, paving the way for its delisting tomorrow.

"The board of directors of Utusan wishes to announce that the company has not made an appeal against the delisting of Utusan’s securities and pursuant thereto the securities will be delisted on Aug 30," it said in a regulatory filing.

Trading of its shares was suspended yesterday, with the last traded price of 5.5 sen.

The company was first listed on the Kuala Lumpur Stock Exchange in 1994.

Utusan Melayu, in the red since 2012, triggered the Practice Note 17 (PN17) criteria in August last year after defaulting on its principal and profit payments to Bank Muamalat and Maybank Islamic totalling RM1.18 million.

Its board said the group would not be able to meet Bursa’s requirements to uplift the PN17 status after taking into consideration of the losses incurred in the first two quarters of 2019 and constraints on its cash flow.

The group has also not been able to find any potential investor to participate in reviving the group, mainly due to its huge liabilities.