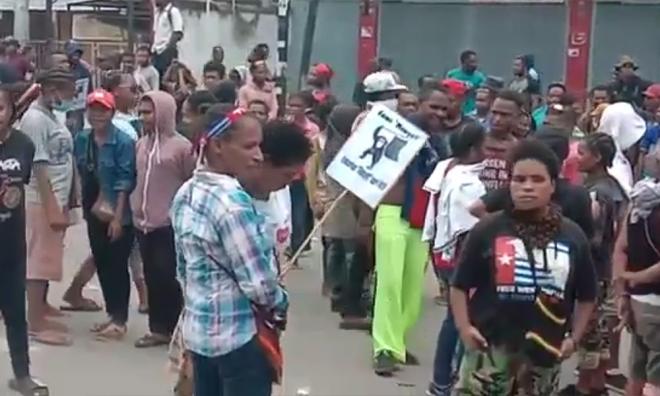 Indonesia’s easternmost provinces of Papua and West Papua on the island of New Guinea – collectively known as Papua – have been racked by civil unrest for almost two weeks.

Thousands of people across the vast, resource-rich region have joined rallies protesting against perceived racial discrimination and the central government in Jakarta. Some protesters are demanding an independence vote.

The roots of the unrest

Indonesia declared independence from the Netherlands in 1945. However, when the new nation was formally recognized as a sovereign state in 1949, the western half of New Guinea was not incorporated into the Republic of Indonesia.

Dutch troops remained in Papua until 1962 and the United Nations handed administration of the region to Indonesia in 1963, pending a vote by its population on whether it wanted to become independent.

In 1969, a UN-supervised 'Act of Free Choice' was held, but only 1,025 people hand-picked by Indonesia voted. They unanimously supported joining Indonesia.

The outcome has been disputed by many Papuans, who are ethnic Melanesians, distinct from most Indonesians.

Grievances have been further inflamed by persistent accounts of human rights abuses by the security forces and concerns that the region’s mineral and forest wealth has largely benefited Indonesians from outside Papua.

Despite abundant natural resources, Papua and West Papua provinces have poverty rates of more than 20 percent, compared with the national rate of 9.4 percent and 3.5 percent in the capital Jakarta, according to Indonesia’s statistics agency.

What led to the recent protests?

Members of the military wing of Papua’s separatist movement killed at least 16 workers on a new 4,300km Trans-Papua highway in December, shattering a fragile peace in the territory and stoking tension.

The death of the workers, who were from outside Papua, caused outrage across Indonesia while Papuan activists criticised the military response.

On Aug 17, which is Indonesia’s Independence Day, a group of Papuan students in the East Java city of Surabaya were taunted and attacked by a mob chanting racist epithets.

The mob accused the students of desecrating an Indonesian flag.

Police and military personnel were called and 43 Papuan students were detained, but later released without charges.

Mass demonstrations in Papua started two days later, with many of those participating carrying signs and painting their faces with the 'Morning Star' flag, the banned symbol of Papuan nationhood.

How strong is the separatist movement?

A poorly armed and fractured separatist movement has simmered in Papua for decades. However, it is becoming more politically cohesive.

Most of the disparate independence groups united in 2014 under the banner of the United Liberation Movement for West Papua (ULMWP).

In January, the chairman of the ULMWP, Benny Wenda, presented the United Nations with a petition purportedly signed by 1.8 million people calling for an independence referendum.

Wenda in July said the ULMWP had unified three separatist military factions under his leadership, but at least one group – behind the killing of the construction workers – has disputed this.

Vanuatu is the only country that supports a Papuan independence vote but other nations in the region are becoming more vocal, even as they continue to recognise Indonesian sovereignty over Papua.

This month, the Pacific Islands Forum – a body for Pacific states – called on Indonesia to make good on its promise to allow the UN high commissioner for human rights to visit Papua to investigate alleged abuses.

Indonesia resolutely opposes Papuan independence and its military has been accused of ruthlessly eliminating the separatist movement’s leaders in the past.

It maintains that the Act of Free Choice was binding and legitimate.

Will the unrest impact mining?

The huge Grasberg copper and gold mine operated by the Indonesian unit of Freeport McMoran has long been targeted by Papuan separatists.

In the nearby town of Timika last week, thousands of protesters threw rocks at government buildings and shops. Operations were unaffected but workers at the mine have been warned to limit travel.

The Tangguh natural gas plant, operated by BP, the territory’s other major resource project, has been unaffected.

Indonesian President Joko Widodo condemned the attacks on the students in Surabaya but called for aggrieved Papuans “to be forgiving”.

His government has blocked internet access across Papua, a step criticised by rights group and journalists. Businesses there have also suffered.

Widodo is popular in Papua – he easily won the region’s two provinces in April’s Indonesian presidential election and has visited more often than his predecessors.

But his emphasis on economic development and infrastructure projects like the Trans-Papua highway to uplift Papuans has failed to satisfy their aspirations.