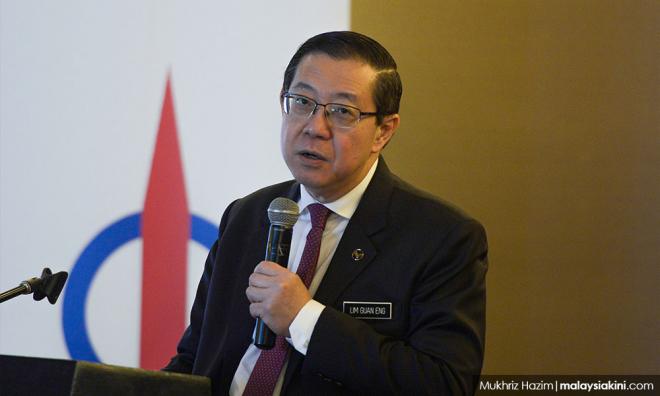 Lim, who is the finance minister, recalled his conversation with Johor DAP chief Liew Chin Tong some two years into the former's term as chief minister of Penang.

Speaking at the Social Democratic Asia Conference in Kuala Lumpur today, he said Liew, who is also the party's political education director, felt that the state government was being tightfisted.

“I still remember when I was chief minister, Liew told me that I am too stingy. I knew how to seek and get the budget, but I sounded and behaved more in money terms than a social democrat.

“But we need to fix this, get the finances in order before we start spending. Of course, once we get that (finances in order), we would be able to carry out the necessary infrastructure work and social welfare programmes,” he added.

DAP is a member of the International Progressive Alliance which covers more than 130 democratic and progressive political parties.

Meanwhile, Lim quipped that the previous BN government had copied the welfare programmes implemented by his administration in Penang, but was still defeated in the last general election.

Therefore, he stressed that Pakatan Harapan, which has been in power for close to 16 months, should focus on economic development and prosperity.

Following this, he said, the government could implement more social democratic values.

“Social industry, rule of law, talking about a more equal and fairer society, diversity, gender equality... (issues) that matter. But this should not be all, the environment is crucial (as well).

“Economic development and prosperity should be the main thrust and once you have that, you can put in (place) all the relevant measures.

“You build faith among the rakyat, deliver and give them a better life than before. So that they can aspire for higher values, freedom, justice, rule of law and environmental protection.

“If you can fix the economy, I think everything else will be solved. It is tough but we can achieve it... We hope for a success story. This is tough, really tough but the task is ongoing,” he added.

“When you talk about delivering, the crucial factor is always about economic prosperity, people will feel and have confidence that their lives are better than before...

“Before you talk about social democratic values basically we are talking about the rule of law, democracy, environment protection, diversity. I am not saying that we should deny this...

“But we should focus on making people's lives better first, and of course, you have to put people before profits,” he said, adding that when confidence sets in, new measures could be introduced.

Lim pointed out that many feared change, but the public would be more confident in adapting to these changes when there is economic prosperity.