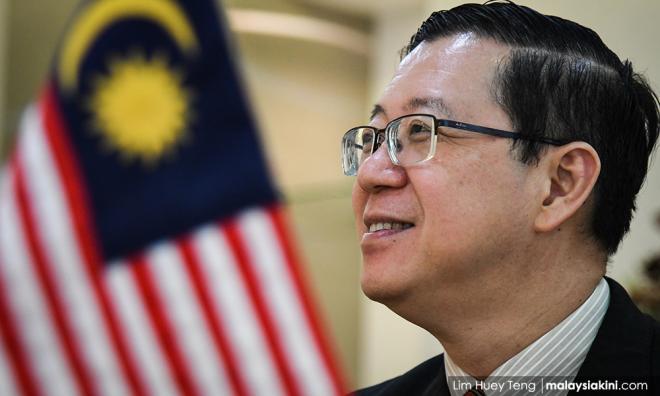 The Pakatan Harapan government's greatest challenge is the lies and slander along racial and religious lines perpetuated by its opponents, according to Finance Minister Lim Guan Eng.

He said this has generated a trust deficit where the rakyat tend to believe lies and slander over truth and facts.

“To build up national unity, we must build up confidence and restore trust in a government that is people-centric and wants to build a better future for our children,” added the DAP secretary-general in his message in conjunction with the 62nd Merdeka celebration.

To construct national unity, Lim said, Harapan must build confidence and restore faith in a government that is people-centric and wants to build a better future for their children.

“The people have nothing to gain by following those who preach national division through racial and religious extremism.

“The country has everything to lose if we fail to focus on the economy, cost of living and economic well-being of the rakyat,” he added.

The finance minister said this is the reason the ongoing Budget 2020 consultations, which emphasises shared prosperity and an entrepreneurial economy, would help Malaysians to reaffirm their faith that togetherness provided greater strength.

Lim urged all Malaysians to demonstrate their love for the nation and appreciation for those who sacrificed for the people's freedom by upholding the Federal Constitution.

“To do so we just need to make a simple pledge of national unity over division, diversity over dominance, truth over slander(lies), political freedoms over oppression, rule of law over personal diktats, equal opportunity over monopolies, clean governance over corruption, shared prosperity over crony capitalism and environmental protection over pollution.

“Let us celebrate Merdeka by renewing our faith in each other that only when we are united, we cannot fail,” he added.

On Wednesday, Lim's father, DAP veteran Lim Kit Siang, also blamed an orchestrated campaign of fake news and hate speeches for creating tension between the races and the erosion of public confidence in Harapan.

He said Malaysians have become entrapped in a vicious position where every community lives in fear, doubt, suspicion and even hatred of other communities and religions, believing that their rights, ethnicity, religion and culture are facing an existential threat.