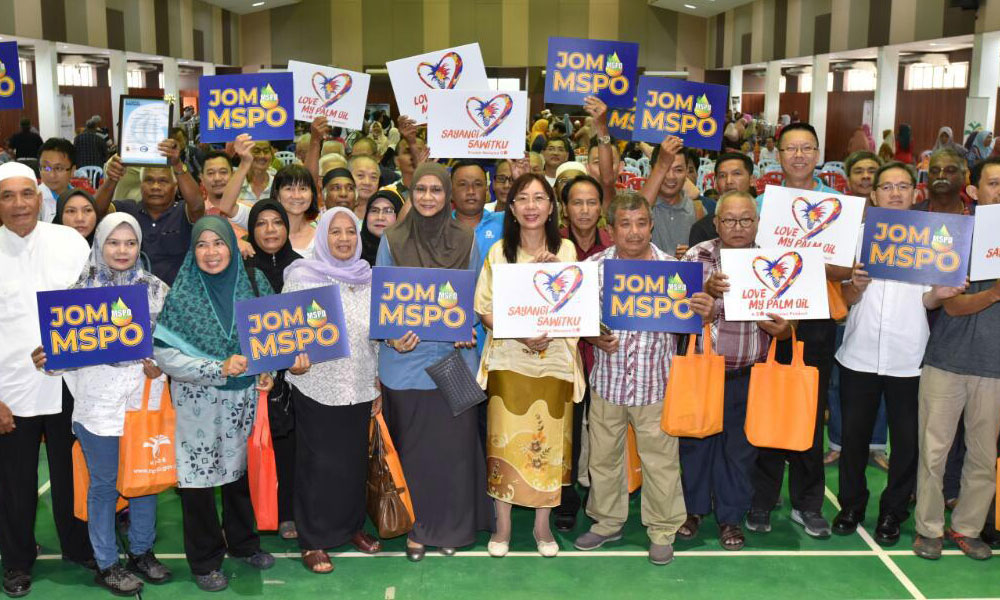 Primary Industries Minister Teresa Kok believes that the bipartisan approach is the best way to get a message through to the people.

Kok said this when asked about posters picturing both herself and members of the opposition at functions to explain the need of Malaysian Sustainable Palm Oil (MSPO) certificates.

The bipartisan approach is not something she initiated, says Kok. "It's been done before. Last time Nazri invited us to join his tourism programme," she told Malaysiakini, referring to functions when Nazri was Tourism Minister and she was in the opposition.

"Nazri has given allocation to opposition MP’s constituencies and state too."

"Oil palm plantations grow in both opposition and Harapan states and constituencies too," she added.

Kok has touted the MPSO certification as having received international recognition that will help push local palm oil prices higher, saying, “we received positive feedback from these companies that have already recognised the MSPO and are willing to pay a higher price for it."

It's a message she is keen to impart, and crossing party loyalties is not an issue.

"I wish to involve our elected representatives to convey the message of MSPO to their supporters who grow oil palm," she said.