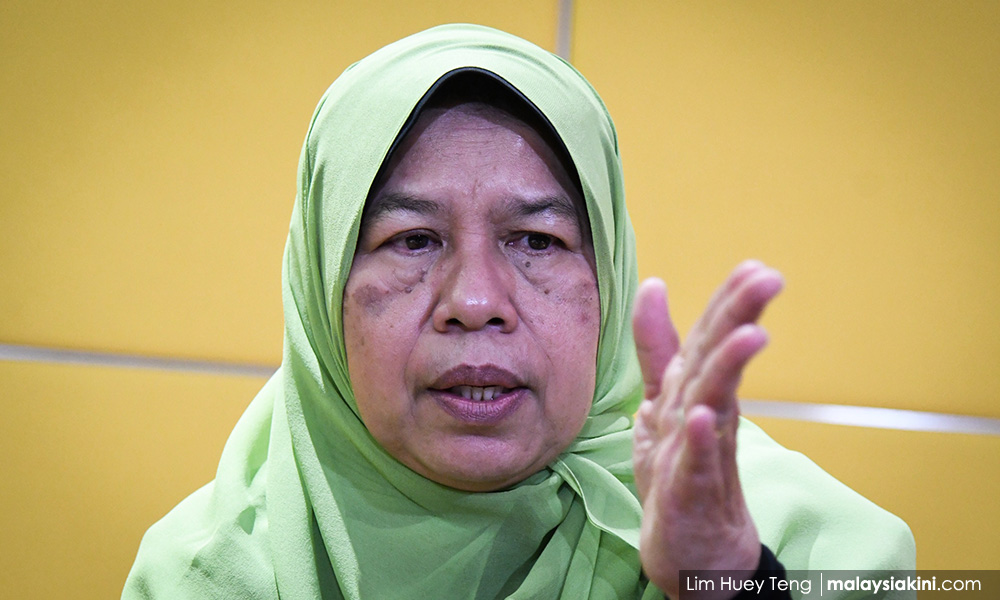 Get rid of the 'opposition mentality', Zuraida tells Harapan leaders

While Zuraida did not mention any names, her statement today appeared to be directed towards DAP's Klang MP Charles Santiago and Penang Deputy Chief Minister II P Ramasamy who had both responded to Mahathir's comments indicating there was no immediate vacancy for PKR president Anwar Ibrahim to join his cabinet.

"I refer to two reported statements made by DAP leaders who appeared to be questioning the prime minister's leadership," said Zuraida who urged Harapan leaders to utilise internal channels in communicating their ideas to the leadership.

"Any visions or ideas that can help to achieve the spirit of a New Malaysia can be channelled through the Harapan coalition as the most appropriate medium.

"I suggest that all Harapan leaders rid themselves of the 'opposition mentality' that has been adopted for so long," said Zuraida.

On Aug 29, Mahathir said no present cabinet member has indicated their intention to resign, and as such, it was unlikely that there would be a vacancy for Anwar when minor changes are made to the ministers' portfolios soon.

In response, Charles rubbished Mahathir's remarks as he argued that Malaysians are willing to give Anwar a chance out of fear that the prime minister would return to his old autocratic ways.

Ramasamy, meanwhile, urged Mahathir to honour Harapan's transition plan for Anwar to be appointed as his successor.

Commenting further, Zuraida, who is also the housing and local government minister, insisted that Mahathir will eventually fulfil his promise to resign as prime minister when the right time has come.

"In the spirit of Merdeka, I hope that we will end this polemic soon, given how the prime minister himself has repeatedly stated that he will fulfil his promise to resign at the appropriate time.

"As members of the government, let the prime minister settle our joint mission," she said.

"As a cabinet member, I am also responsible for all cabinet decisions made thus far," she added.

In response to Zuraida, Ramasamy (photo) questioned whether what the minister wanted was sycophants in the coalition.

"Nobody in the DAP is questioning the leadership of Mahathir and there is no need for Zuraida to come to his defence.

"However, if Zuraida expects Harapan leaders to be sycophants, then she should say so. She should not beat about the bush," he said.

Ramasamy said that he had only reminded the coalition of its succession agreement, and gave due credit to Mahathir for providing crucial leadership during the last general election.

He said if this is misconstrued as having an opposition mentality, then there can be no rational discussions in the country, nor would there be a point to have a democracy with the right to dissent.

pakatan harapan
zuraida kamaruddin
dap
pkr
dr mahathir mohamad
anwar ibrahim
Related Reports
What did Dr M mean by 'no room for Anwar', asks Ramasamy
a year ago
If PM steps down as promised - Wan Azizah on 'no vacancy' poser
a year ago
DAP MP: Fearing Dr M back to old tricks, people want to give Anwar a chance
a year ago
Zuraida: Use own judgement to interpret Dr M's 'no vacancy' remark
a year ago