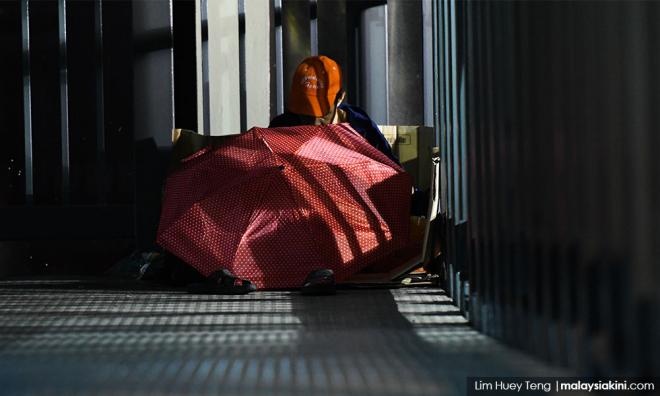 Is the gov’t hiding millions of Malaysia’s poor?

COMMENT | Officially there is almost no poverty left in Malaysia. In 2016, the official poverty rate was 0.4% - just four people in every 1,000. (The official rate is calculated by the government’s Ministry of Economic Affairs using data from its Department of Statistics.) Every country in the world would love to have a poverty rate so low - if it can be believed by the country’s citizens.

In the last week, we have heard some strong challenges to this official poverty count from Prof Philip Alston, the UN special rapporteur on poverty and human rights, who visited Malaysia for 11 days this month. The heading to Alston’s press statement says: “Malaysia vastly undercounting poverty.”

Alston did not commit on any one number, but said that “millions of families” are in fact poor, suggesting a poverty rate very much higher than 0.4% (which is around 25,000 households).

Reading some of the news coverage, some observers seem to think that the special rapporteur has unearthed a huge cover-up - with the government somehow hiding millions of poor Malaysians. At Alston’s press conference one reporter asked him how he had managed to find these apparently hidden poor people. (The fact that he did so in such a short visit might have suggested powers of detection well beyond normal human abilities.)

In fact, the extra poor people that Alston found are not hidden. They are in plain view for all to see, if one cares to look. The thing is that they were not called “poor people” in the official statistics. To understand what is going on here, we have to dive briefly into the murky waters of the data and methods of poverty measurement.

The key point is that the official poverty counts are based on a poverty line that was set over 40 years ago, and has been kept at roughly the same value over time - adjusting for inflation but not rising in real terms. Currently, the line is RM980 per month for a family of four, which is around RM8 per person per day. If you try living on RM8 a day you will soon realise why only 0.4% of Malaysia’s population are deemed to be “poor” officially. You will also start to question if that is a realistic number.

The 0.4% are the poorest of Malaysia’s poor, but they are not the only people who should be considered poor in the country today. Malaysia’s economic success has meant that its old idea of what "poverty" means from the 1970s is no longer relevant, given much higher living standards today.

That can hardly be surprising. Think of all the goods and services that one could reasonably say are essential for not being poor in today’s Malaysia that were not even available in the 1970s, or were luxury items then. A cell phone is an obvious example. Standards of socially acceptable clothing and housing have also changed. And the point is not just about non-food goods. Malaysians have also come to accept the need for more diverse and healthy diets. The same process of evolving standards for defining “poverty” has been seen in many other countries.

If Malaysia’s line had kept up with the rise in overall living standards, what would its level be today, and how many people would be counted as poor? This is not an easy question. Ultimately it is up to Malaysians to decide what an appropriate poverty line is - to properly reflect current living standards. It is not the job of external observers like Alston or me. But what I can do is to put some data on the table for consideration, drawing on international experience.

One clue to the answer is found when we compare Malaysia’s official line today with that found in countries with similar average living standards to Malaysia.

For that purpose, we need to use Purchasing Power Parity (PPP) exchange rates. (The PPP rate is well below the exchange rate given that many goods and services are cheaper in Malaysia than, for example, in the US. Unlike market exchange rates, PPP rates are based on the actual prices paid by people.) When converted to $PPPs, Malaysia’s official poverty line comes out at almost exactly US$4 (about RM16) per person per day (in 2011 prices - the last available base year for the PPPs).

Malaysia’s current official line is well below what one would expect for a country with its current average standard of living. (You can see how all the national lines compare to Malaysia’s at my website Economics & Poverty.) If one looks instead at countries with a similar average income as Malaysia, one would expect the poverty line to be about US$12 (RM48) a day at PPP—three times the current line. That would indicate a national poverty rate in 2016 of about 20%, not 0.4%!

What about the country’s progress over time? If one holds the US$12 line (at PPP) constant over time (adjusting only for inflation in Malaysia) then we see a huge reduction in poverty; for example, the poverty rate would have been around 70% in the early 1980s. But $12 a day was not a sensible poverty line for Malaysia then, just as US$4 is not now.

To get a better idea of the answer to this question, I have calculated alternative lines that rise with average income over time in a seemingly sensible way. The slope as mean income rises is 1:3; so for each RM10 increase in the mean, my line rises by RM3.33. The line reaches about $12 a day today (at PPP). But I also gave the line a lower bound; I set this at the official “hardcore” poverty line, which I reckon to be about US$2.50 (RM10). I call these “weakly-relative” lines.

These calculations are only offered for illustrative purposes. I am just putting some numbers on the table to (hopefully) help the discussion move forward. The calculations could undoubtedly be improved, especially with access to more complete micro data from the Department of Statistics. (As Alston also notes, the national household surveys used to measure poverty are currently something like a state secret, with very few people outside the Statistics Office having access to the micro data. This is a serious constraint on poverty research.)

The graph compares my new series of poverty measures for Malaysia with those for US$4 a day. What we see in the upper line is also a success story against poverty, even using my (weakly) relative measures. Indeed, we see a very similar pattern over time, and a marked longer-term decline in poverty incidence. But there is still a lot of poverty left.

The politicians and officials have not been conspiring to hide Malaysia’s poor (though they could certainly be more open about their data). Whichever way you look at the available data, the country has made great progress against poverty. The gap between the official count of poor people and the count that I am guessing most Malaysians would accept as believable today stems from some combination of bureaucratic inertia and political fears about announcing a higher poverty count.

Handling the transition to more socially-relevant poverty lines will never be easy for any government. Careful public explanations are needed. The new measures should be put side-by-side with the old ones for a period.

The UN special rapporteur is saying something important that I suspect most Malaysians would agree with: the official poverty line set in the 1970s is no longer relevant and should be scrapped, to be replaced by something that is more appropriate to the country that Malaysia has become today, not the country it was 50 years ago.

MARTIN RAVALLION holds the Edmond D Villani Chair of Economics at Georgetown University, Washington DC, US. He has published extensively on poverty and inequality, and advised numerous governments and international agencies. In January 2019, he was visiting the University of Malaya as the Royal Professor Ungku Aziz Chairholder.