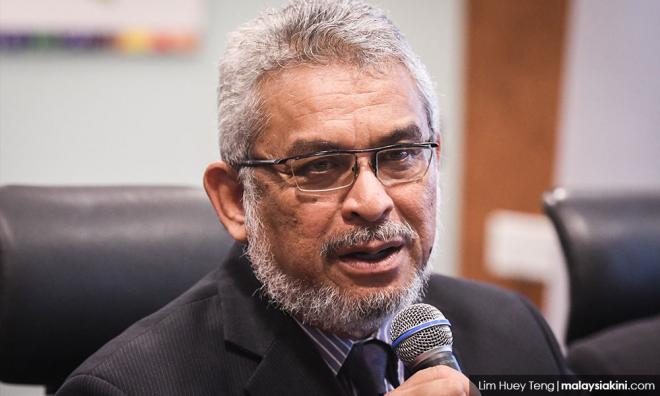 Khalid had sued Wan Asshima for recording, uploading and/or publishing a video containing words on the lesbian, gay, bisexual and transgender (LGBT) group in Malaysia, which allegedly defamed him.

Wan Asshima, 35, when reading out the text of her apology before Judge Nik Hasmat Nik Mohamad, said she acknowledged the factual errors in the video, which was published on her Facebook account on Aug 18 last year.

She regretted that the false and baseless accusations in the video had caused the Federal Territories Minister distress, humiliation and discomfort.

“Therefore, I want to unconditionally retract the false words and baseless allegations in the video which claimed that Khalid Abdul Samad has approved and organised a big gay party in Kuala Lumpur," she said at the proceedings. Also present was her lawyer Wan Rohimi Wan Daud.

She also apologised for questioning and accusing Khalid and his family of adopting the LGBT lifestyle, and for them to prove otherwise.

“I had failed to confirm the information and hastily uploaded the video without considering the negative implications on Khalid Abdul Samad and as a result of my action, had offended and embarrassed Khalid Abdul Samad or his family members," she said.

Wan Asshima also thanked Khalid for agreeing to settle the suit out of court without imposing any damages.

Nik Hasmat then recorded the consent judgment and also advised Wan Asshima against making statements without first checking on the source.

“This is a statement of apology made unconditionally, take this as a lesson and never repeat it. This case is (about) a public figure. We all know who Khalid Abdul Samad is and many have read this (gay party). Be responsible for any posting, "said Nik Hasmat.

Khalid said he was satisfied with the apology made by Wan Asshima.

His lawyer, Ahmad Affendi Mohd Nasir, when met by reporters, said Wan Asshima was also required to post her apology, in Malay and also English, on her Facebook account beginning today.

According to his statement of claim, Khalid said the defendant had, on Aug 18, purposely recorded, uploaded and/or published a video onto her Facebook page, containing defamatory words against him, with his name and position specifically mentioned.

He said the words used easily meant that he, as the Federal Territories minister, had recognised and acknowledged the status of the LGBT group in Malaysia, and had uplifted and protected the rights of the group by approving the largest gay party in Kuala Lumpur in conjunction with the Merdeka month.

Khalid claimed that the video also accused him, in his capacity as a minister, party leader and individual, of having violated not only the human rights of Muslims but also the Islamic laws and teachings, while at the same time, insulted Islam and Muslims.

He said the defamatory words had caused him to suffer a major embarrassment in terms of dignity, credibility, character and reputation while being humiliated, criticised, ridiculed and condemned by society.