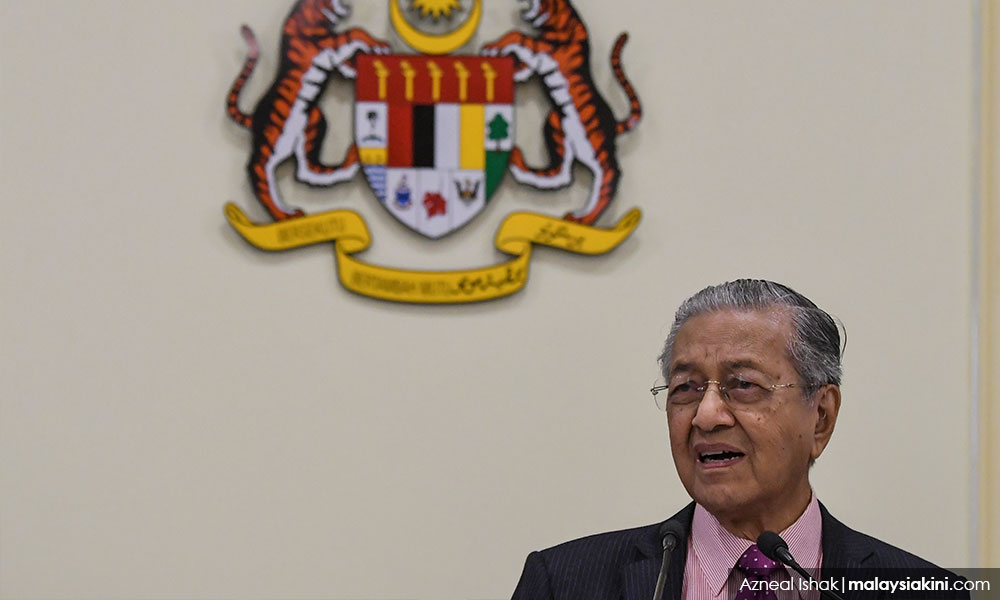 PM: No need to increase retirement age to 65

There is no need to increase the mandatory retirement age from 60 to 65, Prime Minister Dr Mahathir Mohamad said today.

Mahathir agreed with Youth and Sports Minister Syed Saddiq Syed Abdul Rahman's view to retain the current retirement age, so as not to block employment opportunities for the younger generation.

“Don't say that the prime minister is 94 and has yet to retire himself. Mine is not a case of not retiring, but being asked to come back to work.

“If we are to set the retirement age at 65, the deadwood will be sitting on their chairs and others will not be able to sit there (via promotion).

“To me, retiring at 60 is good enough,” the premier told a joint media conference in conjunction with his three-day official visit to Cambodia.

Mahathir said there were nations that did not impose a mandatory retirement age, and employees there could work as long as they liked, but that only meant that they were denying opportunities for the younger generation.

“During my time (first premiership), we extended the retirement age from 55 to 56 before it got extended further to 60 by the government after that,” he said.

On Saturday, the Malaysian Trade Union Congress (MTUC) urged the government to increase the mandatory retirement age to 65 years, as practised in several developed countries, including Singapore.

This suggestion, however, was met with disapproval by Syed Saddiq, who was of the view that the government should focus on creating more job opportunities for the younger generation instead of blocking their potential.