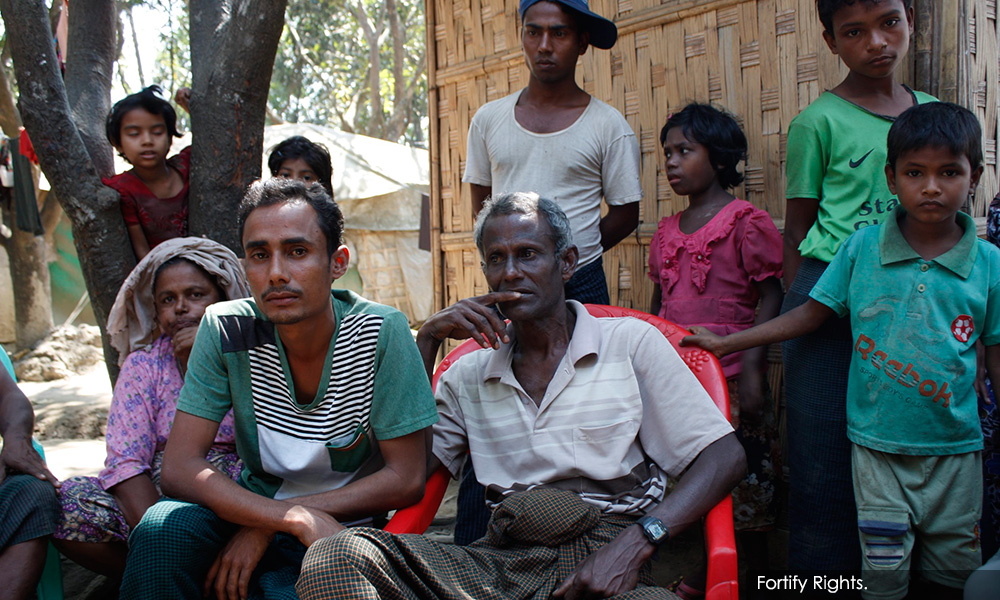 Myanmar authorities are forcing members of the Rohingya Muslim minority at gunpoint to accept identity cards that categorise them as foreigners, stripping them of the chance to become citizens, a rights group said on Tuesday.

Myanmar has drawn global condemnation for its treatment of the Rohingya and the report by the group Fortify Rights on the campaign to make them accept National Verification Cards (NVCs) is likely to compound concerns about their treatment.

"The Myanmar government is trying to destroy the Rohingya people through an administrative process that effectively strips them of basic rights," said Matthew Smith, the group's chief executive officer.

The government has coerced Rohingya to accept the NVCs, "which effectively identify Rohingya as 'foreigners'," the group said.

"Myanmar authorities tortured Rohingya and imposed restrictions on Rohingya freedom of movement in the context of implementing the NVC process," it said.

The government of predominantly Buddhist Myanmar has denied citizenship to most Rohingya, who are generally seen as illegal immigrants from neighbouring Bangladesh, even though many trace their roots in Rakhine State in western Myanmar back for generations.

Rakhine State drew global attention after about 730,000 Rohingya Muslims fled to neighbouring Bangladesh in 2017, following a military crackdown in response to militant attacks.

Military spokesman Major General Tun Tun Nyi dismissed accusations that anyone was being forced to accept the cards at gunpoint or through torture.

"It is not true and so I have nothing else to say," he told Reuters by telephone.

The issue could have implications for prospects for the repatriation of the Rohingya refugees in Bangladesh.

Many say they will not go back unless their security can be guaranteed and they can be sure of being granted citizenship.

Last year, a UN fact-finding mission said the 2017 military campaign in Rakhine State was orchestrated with "genocidal intent", and recommended charging the military’s Commander-in-Chief Min Aung Hlaing and five other generals with the "gravest crimes under international law".

Myanmar has denied the accusations, although Min Aung Hlaing said last month a number of security men may have been involved.