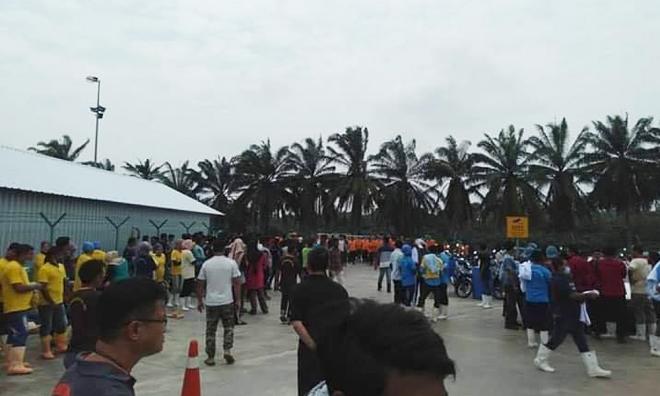 The chicken processing factory which experienced an ammonia gas leak in Merlima, Jasin, was ordered to close until the clean-up process and investigations into the cause of the mishap are completed.

Melaka Tengah Police chief ACP Afzanizar Ahmad said the leak, which occurred at about 11.30 am today was believed to be from the ammonia gas pipe at the factory’s freezer section.

“So far, 26 workers of HLRB Processing Sdn Bhd, aged between 20 and 40, have been sent to the Jasin and Melaka Hospitals for further treatment after they suffered from breathing difficulties and all of them are currently at the observation zone.

"About 800 other workers have been evacuated. The Fire and Rescue Department, with the help of the private sector, are in the process of carrying out cleaning-up work," he told a press conference at the operation centre at the factory here.

Afzanizar said the incident posed no immediate threat to the surrounding communities or environment as was learnt from pollution tests conducted using gas detectors.

"However, anyone experiencing symptoms such as dizziness, vomiting, or breathing difficulties must immediately go to a nearby health clinic or hospital for further examination and treatment," he said.