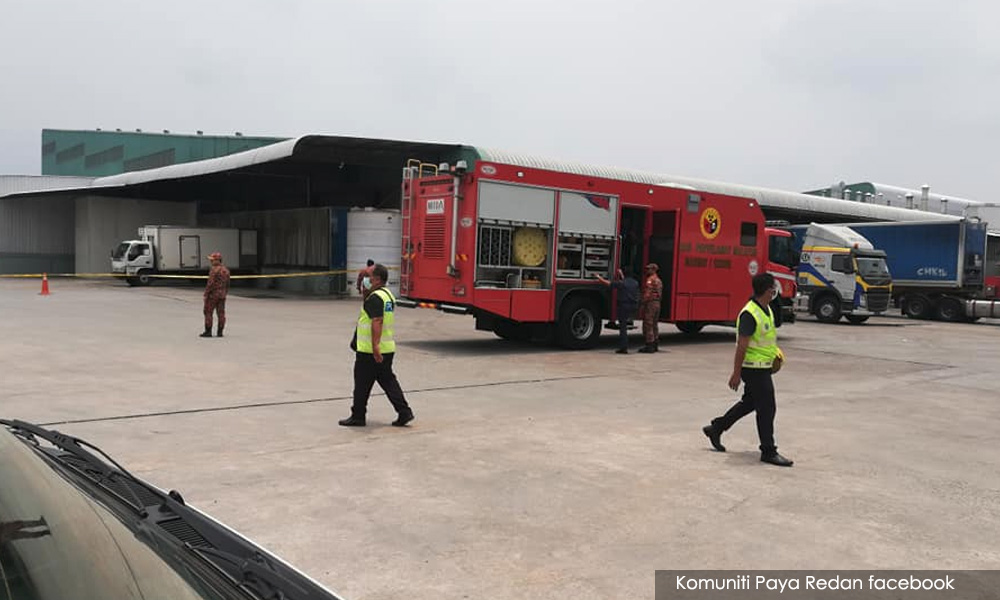 Hazmat releases ammonia gas into the air in Merlimau

Tey said Hazmat had sprayed water in five locations in the farm to help release the trapped gas into the air, with gas readings indicating a drop from 500ppm (parts per million) to about 30ppm within 45 minutes.

The department was also conducting gas readings every two hours in areas within a three-kilometre radius of the factory, Tey said at a press conference at the operations centre in Jasin late last night, adding that if the readings in the areas indicated that the air was polluted, the release of the gas would be stopped.

Until 11.30pm yesterday, out of the 26 people initially treated at Hospital Melaka earlier in the day following the gas leak which occurred yesterday morning, 11 still remained warded.

Tey urged the people not to panic as the situation was under control and reminded everyone to get their information from credible sources.