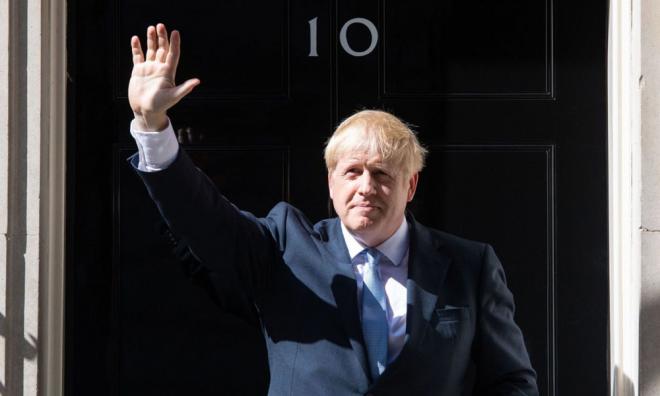 Prime Minister Boris Johnson's decision to suspend the Parliament later this month until shortly before Britain leaves the European Union is lawful, a Scottish court ruled, saying the matter was not one for judges to decide.

More than 70 opposition lawmakers had challenged the right of Johnson to suspend, or 'prorogue' Parliament, arguing it was illegal and unconstitutional because his intent was to force through a no-deal Brexit on Oct 31 by limiting the opportunity for opponents to object.

Judge Raymond Doherty said the question was not a matter for judicial interference and was a political issue which should be judged by Parliament and the electorate. He said it was up to Parliament to decide when it sat.

"In my opinion, there has been no contravention of the rule of law. Parliament is the master of its own proceedings, rules and privileges," Doherty told Scotland's Court of Session.

"This is political territory and decision-making which cannot be measured against legal standards and only by political judgments," he added.

Joanna Cherry, a Scottish National Party lawmaker who led the challenge, said an appeal against the ruling would be heard today at Scotland's Inner House of the Court of Session.

Johnson announced on Aug 28 that he would suspend Parliament from mid-September to mid-October, shortly before Britain is due to exit the EU on Oct 31, so that his Conservative government could announce a new legislative programme.

The Scottish court was told on Tuesday that a memo passed to Johnson two weeks beforehand indicated that he was looking to suspend Parliament while his aides were publicly denying there was any such plan.

The case is one of three legal bids to stop the prorogation.

Businessperson Gina Miller, who in 2017 successfully forced the government to get parliamentary approval before it formally issued Britain's divorce notice to the EU, is taking a challenge to London’s High Court today, a case backed by former Conservative prime minister John Major.

Another case is due to be heard in Northern Ireland tomorrow, Friday.

Cherry said she was hopeful her case would be successful on appeal, referring to the European Court of Justice's decision last December that Britain could unilaterally revoke its Article 50 notice to leave the EU following the 'Wightman' case she brought with other Scottish lawmakers.

"Important to recall we lost the Wightman case on unilateral revocation of (Article 50) at 1st instance & went on to win it in Scotland’s appeal court & in CJEU in Luxembourg," Cherry wrote on Twitter.