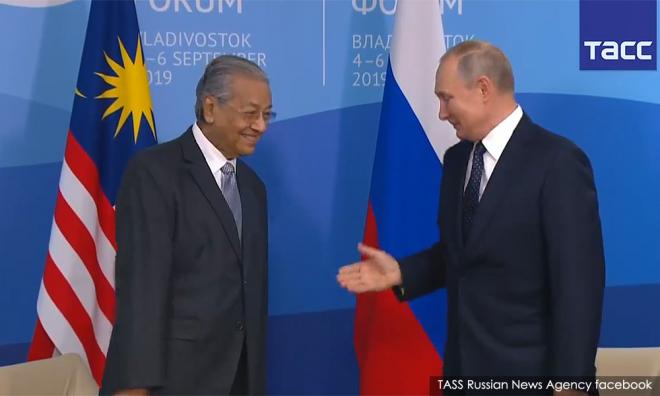 During the 30-minute discussion in the port city overlooking Golden Horn Bay, near the borders with China and North Korea, they also spoke about trade and innovation.

Mahathir and Putin previously met on the sidelines of the East Asia Summit held in Singapore last year.

The EES, which was established by decree of Putin in 2015 to support the economic development of Russia’s Far East, takes place between Sept 4 and 6, 2019 at the Far Eastern Federal University (FEFU) campus.

Forum organiser Roscongress Foundation quoted Putin as saying the development of Russia’s Far East, including strengthening of its economic and innovative potential, as well as raising the living standards of its residents, is the country's indisputable priority.

"Partnership between the business circles of Russia and the Asia-Pacific Region is growing stronger," he said in a greeting statement to all participants of EEF.