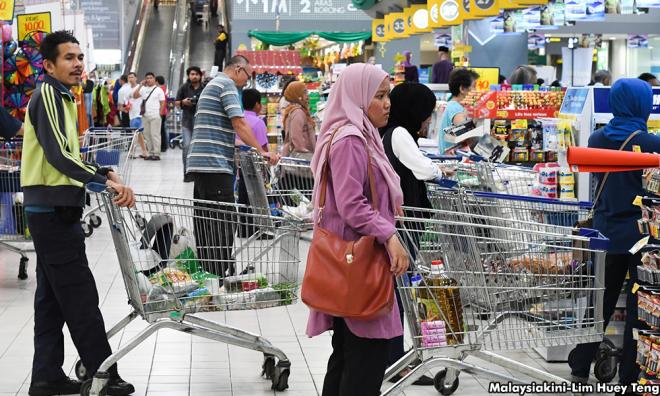 Malaysia's biggest supermarket chain Mydin has removed products labelled palm-oil-free from its stores, its top executive said today, as part of a campaign by the world's second-largest producer of the oil to protect the commodity's image at home and abroad.

The US$60 billion world palm oil trade has been the target of environmentalists because of the vast areas of tropical rainforest they say were cleared to grow the commodity.

The European Union this year passed an act to phase out palm oil from renewable fuel by 2030 due to the deforestation concerns.

Malaysia, which together with neighbour Indonesia produce about 85 percent of the world's palm oil, is considering a law banning all products flaunting non-use of the oil. Malaysia has also launched an international public relations and lobbying offensive to protect the reputation of its key export.

Ameer Ali Mydin, managing director of Mydin Mohamed Holdings Bhd, said his stores removed all anti-palm products on yesterday to convey the importance of palm oil to the Malaysian economy.

"We must support palm oil but must also make sure (to counter) the subtle messages, the marketing and branding exercises that people do to tell customers not to take palm oil," Ameer Ali told reporters at an event.

"By labelling something that there is no palm oil, you're actually telling people that palm oil is bad for you."

He said the anti-palm oil products at his supermarkets were imported but declined to give any figures.

Primary Industries Minister Teresa Kok welcomed Mydin's move and told reporters she hoped other supermarkets and shops in the country would follow suit. In July, the Malaysian government promised action against an international school for spreading "anti-palm oil propaganda".

Palm oil is used in cooking and in items like soaps and shampoo, snack foods, pizza, bread and biodiesel. Food accounts for nearly 70 percent of global consumption of palm oil.