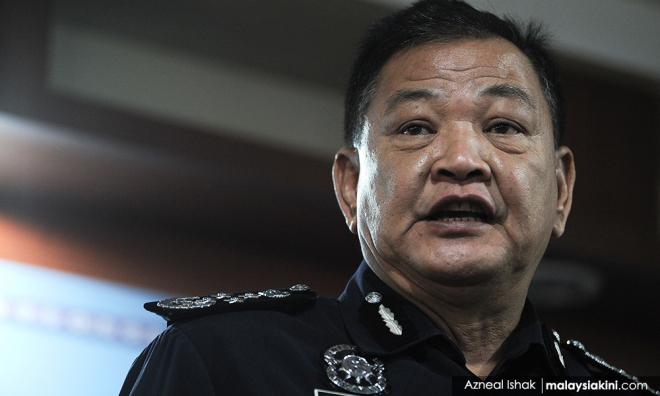 The Royal Malaysia Police (PDRM) is conducting a thorough investigation into the death of a commando officer who died in a shooting demonstration at Lok Kawi Camp in Sabah yesterday.

Describing the incident as unfortunate, the Inspector-General of Police Abdul Hamid Bador (photo, above) said the probe was carried out according to the standard operating procedure (SOP) to identify the actual cause of the incident.

“I am confident there is a SOP and it may not be overlooked. The demonstration was well organised but the accident still occurred,” he told reporters after a ceremony on the conferment of the National Warrior’s Day Award at Perak Contingent in Gerik today.

Major Mohd Zahir Armaya, 36, of the 11th Regiment special unit at the Sungai Udang camp in Melaka, died during a demonstration exercise in conjunction with the launch of the Fifth Division Infantry and the 13th Infantry Brigade in Lok Kawi.

According to Abdul Hamid, the Malaysian Armed Forces and the deceased’s family would not be issuing any statements and requested the public not to post any offensive comments that could violate the law.

“The Sabah Police Commissioner will release a statement soon (on the development of the case),” he said, adding that PDRM’s special force will constantly monitor social media and will not hesitate to take action against individuals who abuse their freedom of speech.

In another development, Abdul Hamid said police would be calling up several individuals to assist in the investigation into the system disruption at the Kuala Lumpur International Airport (KLIA) last month.

He added PDRM is seeking experts services to determine the direction of the investigation and to identify whether there was any sabotage as alleged, or was it over problems beyond human control.

“This process will take time due to many technical issues as we have no expertise (on the matter) and the investigation is still ongoing,” he added.

The police have so far recorded statements from 12 Malaysia Airports Holdings Berhad (MAHB) staff in connection with the system disruption at KLIA.

A system malfunction at KLIA was first reported on Aug 21 following the failure of its network system, affecting major functions such as flight information display system, check-in counters and luggage handling systems as well as WiFi connections.

The case is being investigated under Section 427 of the Penal Code for mischief following a police report lodged by MAHB.