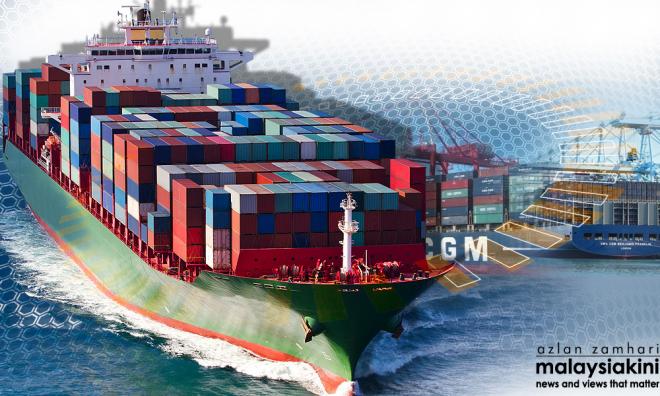 Malaysia is expecting sustainable economic growth for the second half of the year on the back of increasing exports and foreign investments, Finance Minister Lim Guan Eng has said.

He added that Putrajaya will also look to continue attracting “high-quality” foreign investments - particularly from China and the US - to create more high-income jobs.

In a statement, he said the country experienced an “expectation-beating” 1.7 percent growth in exports in July, from RM86.5 billion a year ago to RM88.0 billion.

This, he said, was in comparison to the market’s 2.5 percent year-on-year drop prediction as well as amidst a backdrop of global trade tensions.

He added that for the January-July 2019 period, Malaysia recorded RM81.6 billion worth of trade surplus, which is 15.9 percent larger than the figure recorded during the same period last year.

“This healthy trade balance will keep the country’s current account in surplus for the year, and shield the Malaysian domestic economy from rising uncertainties caused by global headwinds, following the continued trade war between China and the US,” he said in a statement.

The statement explained that increased demand for Malaysian goods was due to “trade diversions”, which saw an increase in the country’s exports to US and China respectively.

Meanwhile, he said Malaysia recorded an over 97 percent increase in approved foreign direct investment (FDI) - to RM49.5 billion - for the first half of the year.

Citing US as an example, he said approved manufacturing investment from the country has gone up to RM11.7 billion in the first half of the year from RM307 million during the same time last year.

“The surge in approved investment from the US in the first half of 2019 demonstrates the confidence US investors have... also reflected by US companies with operations in Malaysia,” the statement read.

“The government will continue its work of attracting high-quality investment particularly from China and the US into the country to provide all Malaysians with higher-income jobs.

“The Finance Ministry will keep a close watch on the economy to quickly undertake any measures necessary to prioritise sustainable economic growth,” he added.