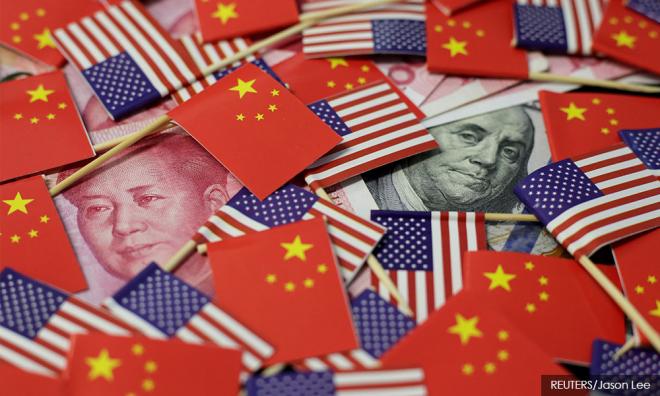 COMMENT | Indonesian President Joko Widodo once used the phrase "Winter is Coming" at the height of his electoral campaign against his opponent Prabowo Subianto. When Jokowi used it, he created a major storm in Indonesia.

All Indonesians went wild, the president likes the "Game of Thrones" series. That phrase, "winter is coming", was a warning by President Jokowi if Indonesia, which already has a trillion US dollar GDP, does not buck up with reforms and more reforms, the country would be affected by the wintry conditions of global economy due to a combination of Sino-US trade war and disruptive economic turbulence.

So is "winter" coming to Malaysia too?

Yes. The global economic situation will affect Malaysia in four ways. Firstly, to the extent the Sino US trade war continues to fluctuate, creating a pattern of peaks and valleys in global stock markets, new digital startups will find difficulties to raise the necessary level of funds through their initial public offerings(IPO). When there are fewer startups and less access to capital which can spur the creation of a digital economy, Malaysia will lose out from the lack of such connectivity, whose prime goal is to reduce the cost of any redundant economic activities. Malaysia, in this sense, will be affected by the Sino-US trade war and its impact on the 4th Industrial Revolution.

Secondly, if the global economy is not conducive to higher growth, as driven by digitisation and Sino-US deregulation but is instead susceptible to a structural cycle of booms and burst in Sino-US trade, then Malaysia will not have the right external stimulus from these two countries primarily to become a high-income nation.

Thirdly, while Chinese factories can and will relocate to Malaysia, largely to avoid the onerous tax burdens imposed by the United States on them, this is not something that can happen overnight. Even if these Chinese factories are in Malaysia, high-end manufacturing of their products can still be subjected to higher Western and US scrutiny too.

Therefore, while Malaysia is considered by World Bank as one of the four countries that can gain from the Sino-US trade war, the others being Vietnam, Chile and Argentina, the gains will be short term. There is no telling when will the benefits of China accrue or when will they end. Malaysia itself has to buck up.

Finally, China has insulated itself from the global economic turbulence by relying on domestic consumption of up to 72.8 percent. While Chinese consumers still have a craving for Western products, the Chinese are increasingly shopping online to get their own high-end handsets, cellphones, clothes, food and the works that are made in China.

In order to benefit from the affluence of Chinese consumers, Malaysia has to make Chinese feel welcome or at least sufficiently attracted to the "Malaysia As A Destiny of Choice for Investments Programme" to want to become top investors here.

Indeed, Malaysia can only avoid the global economic winter triggered by Sino-US trade war if the country itself is focused on four things too.

Thirdly, while algorithms have been covered in the secondary syllabus of the Malaysian education system since the 1980s, students have to understand the concept of algorithms from a commercial standpoint or usage. Without this understanding, the Malaysian economy will not be able to make it to the top.

Thus, students must know how these algorithms are applied in the real world to sustain and create Internet commerce through various "apps" or "applications".

Lastly, Malaysians have to be ready for the revolution of data science or big data. The latter comes in different varieties, volumes, veracities and velocities. Unless all Malaysians understand the importance of the "4 Vs", Malaysia would indeed face the full impact of a global economic recession in future, as and when the Sino-US trade war continues it's patterns of starts and restarts.

As of now, a global economic recession in 2020 is not a certainty yet. This is due to the collective global response that has been taken. For example, 30 central banks across the world have lowered their interest rates

As it is, thePeople's Bank of China - China's central bank - has reduced the reserve requirements of all banks in China by a basis point of 0.50, which can allow all commercial banks in China to borrow and lend more than US$160 billion to shore up the Chinese economy.

Yet, such monetary measures cannot last indefinitely. Malaysia needs to be always sturdy and be ready economically in the face more Sino-US economic friction.