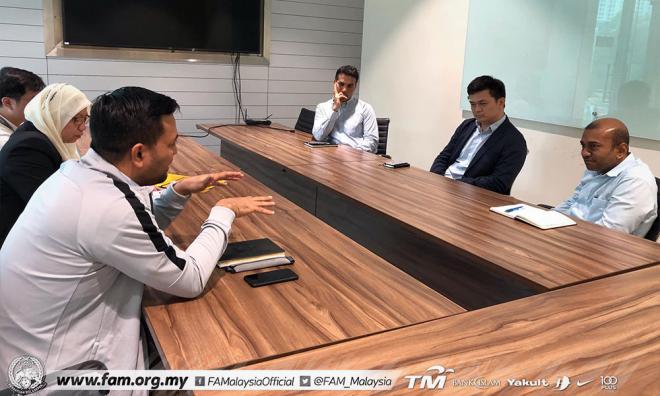 This followed rowdy actions such as throwing stones and creating commotions by host supporters in the Group G second round qualifier for 2022 World Cup /2023 Asian Cup match between Indonesia and Malaysia, which resulted in three Malaysian fans getting injured.

Harimau Malaya who came from behind twice to defeat Garuda 3-2 in the game were forced to return to their hotel in armoured vehicles as local fans were unhappy with the result.

FAM, represented by its secretary-general Stuart Ramalingam and Legal Unit head Shahida Bashirah Hishamuddin met representatives of AFC which has its headquarters at AFC House in Bukit Jalil, yesterday.

According to a posting on FAM Facebook, AFC also confirmed that reports by the Fifa match commissioner and Fifa security officer had been sent to Fifa for evaluation and action.

“FAM was also advised by AFC to provide a comprehensive security plan for the second leg match on Nov 19 at the National Stadium in Bukit Jalil to avoid a repeat of the Sept 5 incident,” said FAM.

Stuart also met AFC secretary-general, Datuk Windsor Paul John in a separate meeting yesterday to express his concerns over the incident in Jakarta.

Harimau Malaya, under coach Tan Cheng Hoe will continue their qualifying campaign against the United Arab Emirates (UAE) at the National Stadium on Tuesday.