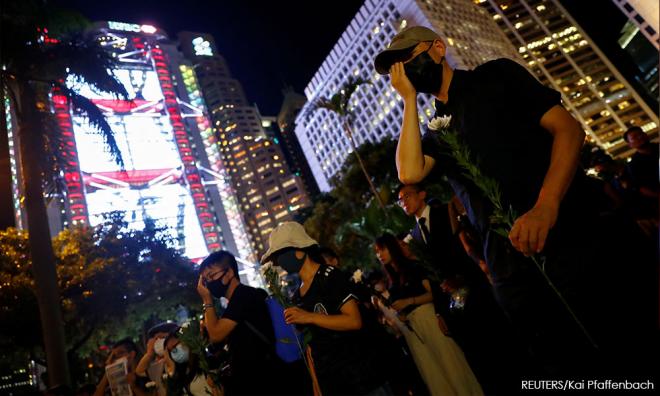 China says will 'crush' any attempt at Hong Kong separatism

Hong Kong is an inseparable part of China and any form of secessionism “will be crushed.” state media said on Monday, a day after demonstrators rallied at the US consulate to ask for help in bringing democracy to city.

China Daily said Sunday’s rally in Hong Kong was proof that foreign forces were behind the protests, which began in mid-June, and warned that demonstrators should “stop trying the patience of the central government”.

Chinese officials have accused foreign forces of trying to hurt Beijing by creating chaos in Hong Kong over a hugely unpopular extradition bill that would have allowed suspects to be tried in Communist Party-controlled courts.

Anger over the bill grew into sometimes violent protests calling for more freedoms for Hong Kong, which returned to Chinese rule in 1997 under a “one country, two systems” formula.

“Hong Kong is an inseparable part of China – and that is the bottom line no one should challenge, not the demonstrators, not the foreign forces playing their dirty games,” the China Daily said in an editorial.

“The demonstrations in Hong Kong are not about rights or democracy. They are a result of foreign interference.

"Lest the central government’s restraint be misconstrued as weakness, let it be clear secessionism in any form will be crushed,” it said.

State news agency Xinhua said in a separate commentary that the rule of law needed to be manifested and that Hong Kong could pay a larger and heavier penalty should the current situation continue.