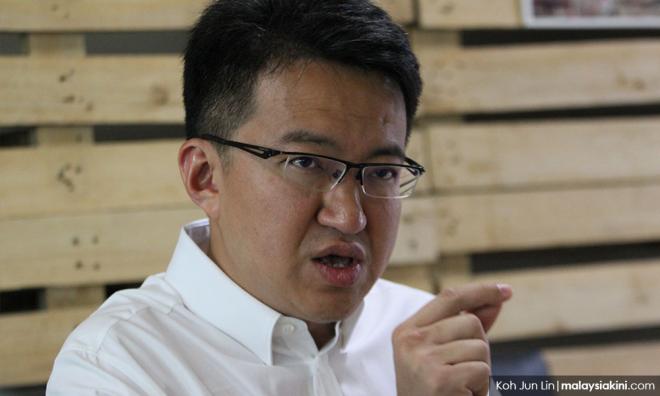 The geopolitical competition between the United States and China may be manifesting as a trade dispute, but it is no Cold War, says Deputy Defence Minister Liew Chin Tong.

Nonetheless Malaysia – as one of the many countries that will feel the effects of such competition – needs to learn to navigate shifting alliances and leverage these to its advantage, Liew was quoted as saying by the New Straits Times.

“It’s not going to be easy navigating this space. I think now, we are entering a different era, in the sense that the US-China competition is going to be a long-term thing.

"It is going to be a competition that is not just about trade," he said.

Liew predicted that this could see the withdrawal of China from the global supply chain of materials, strategic competition between nations jostling for regional dominance, and the forging of new alliances – such as between Russia, China and Iran.

Liew is working on a Defence White Paper (DWP) detailing a future strategy for the development of the Armed Forces, which is expected to be tabled in Parliament in November.

"Is this New World Order going to be the new Cold War? I don’t think so. I think it’s going to be more than that.

"It may not necessarily lead to a ‘hot’, or a shooting war, but it will be somewhere in between," he said.

According to Liew, traditional alliances are likely to shift, with the policies of US President Donald Trump impacting its relationship with the United Nations, North Atlantic Treaty Organisation (Nato) and free trade agreements.

He added that Prime Minister Dr Mahathir Mohamad is trying to find a middle ground.

"Choosing a side has consequences; not choosing one also brings with it consequences. Can we find a third way?

"What the prime minister is trying to do is to find that space where ‘I’m not totally pro-US, and I also work with China quite a lot’.

"Finding that space is not going to be easy… but it is something that we need to do."

Liew pointed out that navigating tensions in the Middle East is going to be another challenge for Malaysia.

"We are looking for space, to not be tied down by the Iran-versus-Saudi tensions. Fortunately, Mahathir is quite savvy… one possible option is a closer alignment with Pakistan and Turkey.

"Eventually, this may also include Bangladesh and Indonesia.”

Malaysia’s geographical position, the minister added, puts it in a unique spot to shape the events and affect dynamics within the region, and beyond.

"We have two landmasses… on one side, we have the Straits of Malacca, one of the most important sea lanes in the world.

"On the other, we have the South China Sea, arguably the most contentious piece of real estate in the world.

"When you see yourself in that context, you realise quickly that you are at the centre of a lot of things.