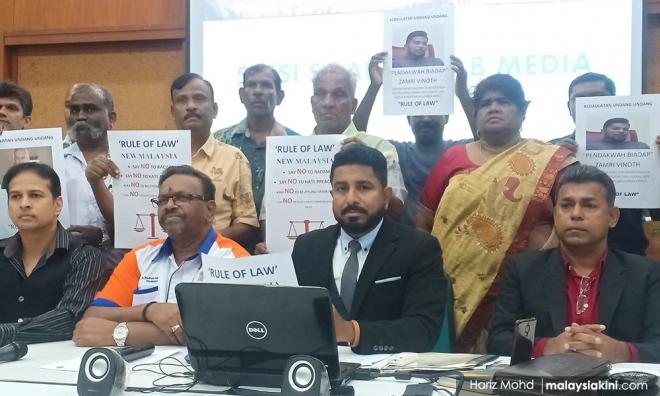 A coalition of Hindu NGOs today demanded the Attorney-General's Chambers (AGC) to review its decision not to press charges against Islamic preacher Zamri Vinoth who allegedly insulted Hinduism and its followers in a ceramah in December last year.

The coalition's coordinator Arun Dorasamy said they were "very disappointed" with the Chambers's decision and has doubts about its sincerity based on five reasons.