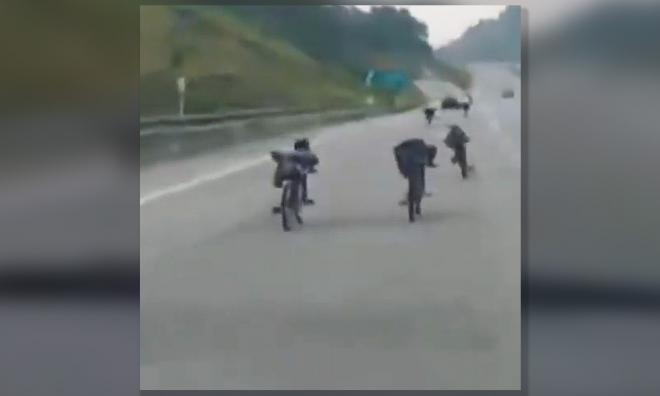 Thirteen children, aged nine to 15, were arrested by police yesterday in a housing area in Saujana Impian, Kajang, for cycling dangerously.

Kajang police chief Ahmad Dzaffir Mohd Yussof said the youngsters were arrested after cycling together down a hill along Jalan Impian Makmur towards a school.

Their antics were witnessed by a member of the district police traffic investigation and enforcement section while undertaking an operation against errant cyclists called 'Ops Basikal Lajak'.

In the 6pm incident, which also saw the bicycles seized, Dzaffir told Bernama today that many of them did not meet safety standards as they had been modified.

All the youngsters who were detained were later released to the care of their parents.

Meanwhile, Negeri Sembilan Traffic Investigation and Enforcement chief Ibrahim Mohd Abdul Kadir said in a statement today that individuals engaged in dangerous cycling, including actions which puts other road users at risk, can face action under the Road Traffic Rules 1959, which carries a maximum fine of RM2,000.

If offenders are underaged, their parents can face action under Section 31 of the Child Act 2001 for neglect of children, with a maximum punishment of 10 years' jail and an RM20,000 fine.