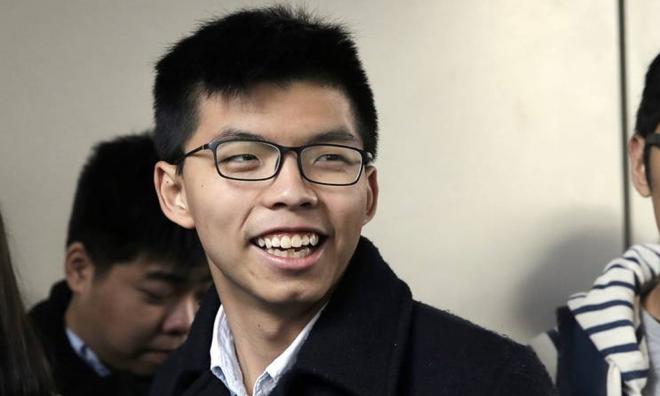 Comparing the struggle of Hong Kong’s pro-democracy protesters to the role of Berlin during the Cold War, activist Joshua Wong (photo, above) told an audience in the German capital that his city was now a bulwark between the free world and the “dictatorship of China”.

The 22-year-old activist, who was in Berlin for a newspaper-sponsored event at the German Parliament celebrating human rights activists around the world, pledged that protests would not be lulled into complacency by the decision of the city’s government to drop a contested new extradition law.

“If we are in a new Cold War, Hong Kong is the new Berlin,” Wong said in a reception space a stone’s throw from the Berlin Wall on the roof of the Reichstag building, which for decades occupied the no-man’s land between Communist East Berlin and the city’s capitalist western half.

Hong Kong has been convulsed by months of unrest since its government announced attempts to make it easier to extradite suspects to China, a move seen as a prelude to bringing the pluralistic autonomous region more in line with the mainland.

Wong, leader of the Demosisto pro-democracy movement, has become a prominent face of the protests.

“We urge the free world to stand together with us in resisting the Chinese autocratic regime,” he added, describing Chinese leader Xi Jinping as “not a president, but an emperor”.

The city’s leader, Carrie Lam, announced concessions this week to try to end the protests, including formally scrapping the bill, but Wong said protesters would not be lulled into complacency.

He said they would try to hold the city’s government responsible for what he said were human rights violations committed against protesters, adding that Lim’s climb-down was a ruse to buy calm ahead of China’s Oct 1 national day.

Before his departure earlier in the day, Wong had briefly been detained by Hong Kong authorities for breaching bail conditions following his arrest in August, when he was charged along with other prominent activists with inciting and participating in an unauthorised assembly.

German Chancellor Angela Merkel has just returned from a trip to China, during which she faced criticism from Germany for not engaging more directly with the Hong Kong protesters, whose cause is popular in Germany, though she did call for a peaceful solution to the Hong Kong unrest.