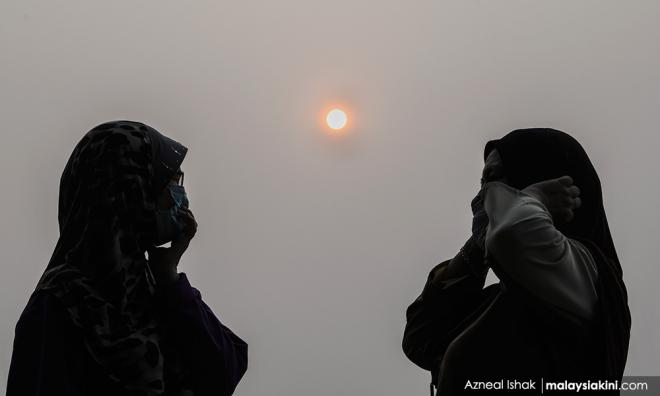 Haze expected to worsen as hotspots persist in Indonesia

With hotspots expected to persist in Sumatra and Kalimantan in Indonesia, the Asean Specialised Meteorological Centre (ASMC) warns that the haze affecting parts of Malaysia will continue to worsen.

Data from ASMC shows that the number of hotspots in Sumatra has jumped drastically to 206 on Sept 8 from 52 the day before, despite denials from Indonesia.

"The hotspot and haze situation in Sumatra and Kalimantan is expected to persist.

"With the prevailing winds blowing from the southeast or southwest, transboundary haze may continue to affect surrounding areas, including western Sarawak and western parts of Peninsular Malaysia," said the ASMC, as reported by the Malay Mail today.

The southern region of Asean will continue to be dry despite scattered rain over the northern region, ASMC said, which is exacerbating the conditions.

Smoke haze in the Indonesian provinces of Riau, Jambi, South Sumatra and Lampung, as well as West, Central and South Kalimantan, was then brought over to western Sarawak and Peninsular Malaysia by the winds.

The ASMC also noted that some haze was also observed over the adjacent South China Sea.

A level 3 alert for Sumatra was announced by the centre yesterday, based on its surveillance through its NOAA-20 satellite.

On Sept 5, ASMC declared a level 3 alert for Kalimantan, with 114 and 459 hotspots detected in the region on Sept 3 and 4 respectively.

According to the Air Pollution Index (API) as of 6am today, there are 13 "unhealthy" spots across the country, with Sri Aman, Sarawak, recording a "very unhealthy" level with an API reading of 208.