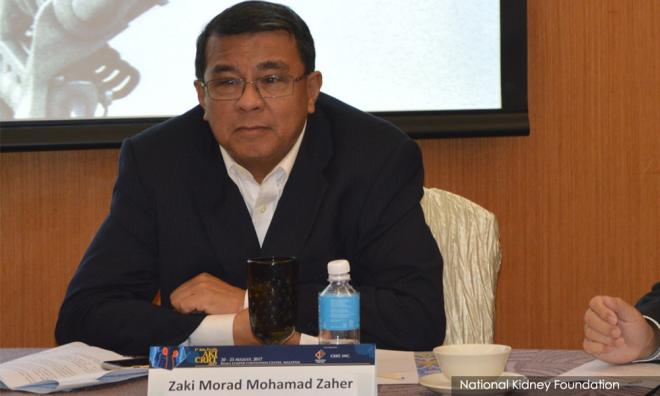 The National Kidney Foundation (NKF) has lost its tax-exempt status effective Aug 29, following an audit carried out by the Inland Revenue Board.

NKF chairperson Dr Zaki Morad said the IRB had in the audit found instances of the foundation not complying with Subsection 44(6) of the Income Tax Act.

This subsection covers tax-exemptions for approved contributions received by an organisation as well as being deductions against income for donors.

Zaki said the non-compliance was on procedural matters and accounting structure "which did not indicate the specific use of donated funds, especially for the dialysis operations."

He said some of the foundation's explanations to IRB's queries were accepted, while others were not.

However, he added that the audit did not find any misappropriation of funds.

"NKF wishes to clarify strongly that the audit did not show any abuse or misuse of funds.

"Our external auditor, Deloitte Malaysia, similarly did not indicate any misuse of funds and all funds were used in pursuit of the objectives of the foundation," Zaki said in a statement recently.

He said the IRB had advised NKF to re-apply for tax-exempt status and the foundation is seeking advice from a tax consultant to ensure compliance with the guidelines.

Zaki added that donors who want tax-exempt receipts are advised to defer payments until this matter is resolved with the IRB. However, official receipts without tax-exempt certification will be issued in the meantime for donations.

"NKF would like to assure our donors, supporters, patients, and members that it will continue its commitment to assist the poor kidney failure patients.

IRB declined to comment on the audit when contacted.