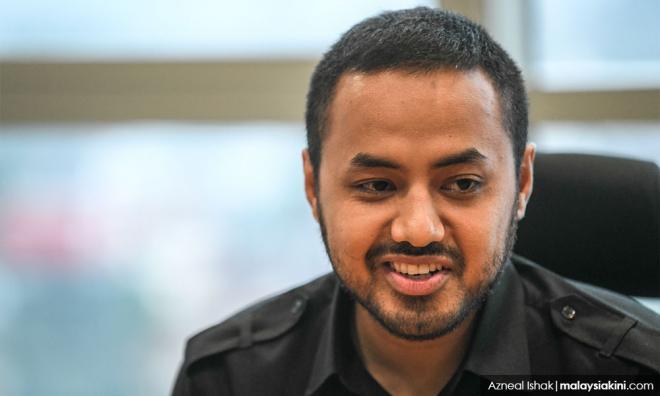 Farhash arrested, out on police bail after questioning

Perak PKR chief Farhash Wafa Salvador (above), who surrendered himself today at Ampang district police headquarters to assist in a rioting investigation, was arrested by police on arrival.

"Police have conducted an investigation on the suspect. A preliminary urine test showed negative for drugs.

"The suspect was released on police bail at around 5pm today," he said in a statement today.

Fadzil said the case will be referred to the deputy public prosecutor.

A complainant had lodged a police report against Farhash and his friends, but has since withdrawn the police report.

The complainant accused Farhash and his friends of attacking him outside the Arena All Stars sports complex in Ampang on the night of Aug 31.

In the incident, the complainant claimed to have been attacked by a group armed with helmets, knives, and chairs, despite his three companions’ attempts to stop the assailants.

He reportedly suffered wounds in his waist, injuries throughout his body, and pain in his genital area.

Police had asked Farhash repeatedly to come forward, while Anwar, also, had adviced him to assist the cops.

Meanwhile, Farhash, in a statement, claimed the complainant did not identify him as one of the assailants in an identification parade.

"I went to the police station to give my statement as soon as I returned from a diving trip.

"It is hoped that everyone will remain fair and reasonable in making remarks when it concerns an ongoing police investigation," he said.

He added that full cooperation was extended to the police.