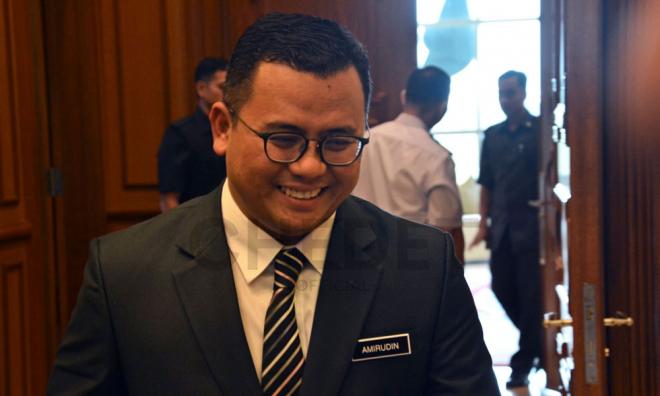 Selangor recorded the highest investment among the states and contributed 23.7 percent to Malaysia’s gross domestic product last year, the highest among all states.

Menteri Besar Amirudin Shari (photo, above) described it as a remarkable achievement, noting the GDP contribution had increased from 22.7 percent in 2016 and 23 percent in 2017.

“It proves Selangor is the most urbanised state in Malaysia, and we also offer a business-friendly environment in terms of infrastructure and information and communications technology ICT facilities,” he said after launching a dialogue with the Hong Kong Chinese Importers and Exporters Associations (HKCIEA) in Shah Alam today.

“In recent weeks, we have also received updates on the latest performance of foreign and domestic direct investments in Selangor, and the state was fortunate to have attracted about RM6 billion in the first half of 2019.

“This has given us the confidence that we can achieve the target of RM10 billion or more by the end of this year,” he said.

Meanwhile, Teng said the dialogue, organised by Invest Selangor Bhd, is seen as the best platform to attract investors from Hong Kong to invest in Selangor while indirectly boosting bilateral ties between Selangor and Hong Kong in the manufacturing sector.

He said last year investments in Selangor from China hit RM 3.98 billion while investments from Hong Kong reached RM1 billion, adding the state will continue to focus on attracting investments, especially from China.