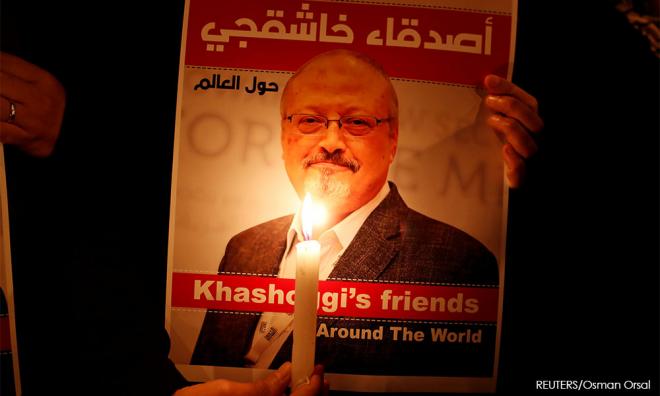 Turkish newspaper Daily Sabah on Tuesday revealed the audio recordings of the final words of Saudi Arabian journalist Jamal Khashoggi, who was murdered last October in the Saudi consulate in Istanbul, Xinhua reports.

The recordings were obtained by Ankara's National Intelligence Organisation right after the murder, and were shared with relevant authorities who investigated the incident, said the report.

The recordings included conversations between the killers before Khashoggi's arrival at the consulate, who discussed plans to murder and dismember him.

After Khashoggi arrived at the consulate for his marriage procedures, Maher Mutreb, a member of the Saudi hit squad, was heard telling Khashoggi that he would be taken back to Riyadh based on an Interpol order against him.

The hit squad also tried to force Khashoggi to send his son a message telling him not to worry if he did not hear from his father, which the slain journalist rejected, the report said.

"Help us, so that we can help you. Because in the end, we will take you to Saudi Arabia.

"And if you don't help us, you know what will happen in the end," Mutreb was heard saying later in the recordings.

The report added that in the end, Khashoggi, who worked for The Washington Post, was apparently drugged and lost consciousness.

The kingdom has put Mutreb and 10 others on non-public trials for their involvement in the murder.