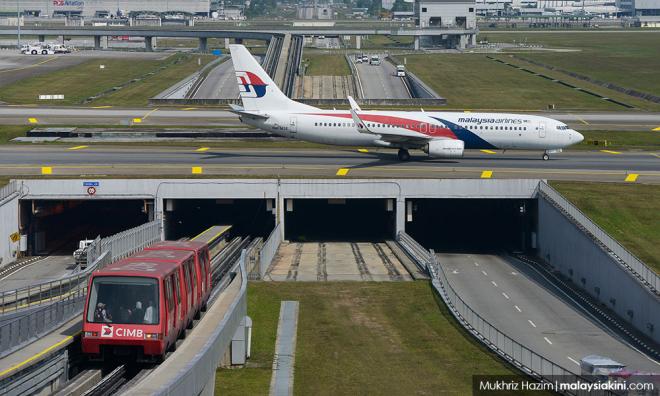 Airport closures only when visibility dips below 400m - MAHB

As at 2pm, visibility is at 2,000m despite the current haze, said a spokesperson of the airport operator.

“This visibility is recorded by a piece of meteorology equipment placed at each end of the runway, which measures horizontal visibility, which the aviation world terms as runway visual range (RVR).

“The airport authority may decide to suspend the airside operations on the advice of Air Traffic Control (if horizontal visibility drops below 400m),” the spokesperson told Bernama.

In 2015, the Langkawi International Airport was closed temporarily for over three hours due to haze that resulted in visibility of only 500m, causing hundreds of passengers to be stranded at the terminal building.

The Civil Aviation Authority (formerly the Civil Aviation Department) said at the time that airports in Malaysia are equipped with more modern and sophisticated systems, such as the instrument landing system (ILS) and the surface movement radar system (SMR) that facilitate aircraft landing in a haze.

Meanwhile, passenger figures at the Istanbul Sabiha Gokcen International Airport (Istanbul SGIA) rose by 8.8 percent to 34.1 million, boosting the total number of passengers handled by the MAHB network of airports to 133.1 million in 2018 – the highest-ever recorded.

As for the first six months of this year, MAHB’s network of airports, including the Istanbul SGIA, handled 67.8 million passengers – a 4.3 percent year-on-year growth.