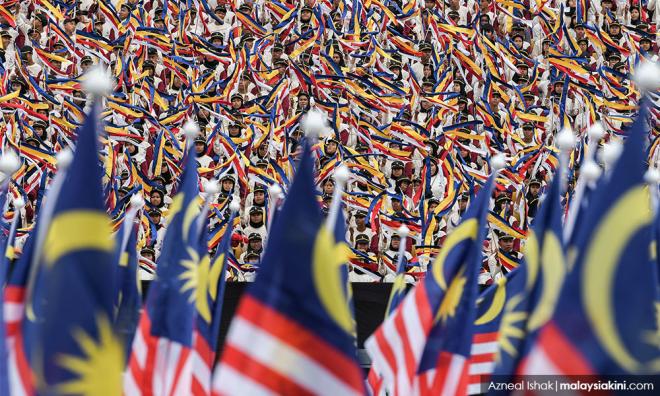 M'sia Day celebration in Kuching shifted indoors due to haze

The haze has forced the authorities to shift the Malaysia Day celebration in Kuching on Sept 16 indoors.

The celebration will now be held at the indoor Stadium Perpaduan and not at the open Padang Merdeka as was originally planned, Deputy Chief Minister Amar Awang Tengah Ali Hasan said today.

He said the decision was made yesterday at a meeting of the Malaysia Day Organising Committee as the haze is expected to prevail until the end of this month.

"After being briefed by the Meteorological Department, Natural Resources and Environmental Board and the Department of Environment on the haze situation, we have no choice but to relocate the venue to the indoor stadium because of health issues," he told a press conference.

Awang Tengah, who is also Sarawak’s Minister of Industrial and Entrepreneur Development and Second Minister of Urban Development and Natural Resources, said about 100 hotspots were detected in Kalimantan (Indonesia) and what made it worse is that the wind is moving towards Sarawak.

"As for Sarawak, so far there are no hotspots detected. What is important is that we cannot put the health of the public at risk in case the Air Pollutant Index goes beyond 200," he said.

Awang Tengah said the preparations made at Padang Merdeka for the celebration have reached almost 80 percent.

He said he could see the disappointment when the decision was made to shift the venue because “they (the participants) are very eager to perform”.

“But, for the good of everybody, we had to make the decision. All the committee members are planning on what should be implemented given the short time for adjustments, but I am confident of their commitment.

"We will still give our best to ensure the Malaysia Day celebration will be another success and the main highlights of the celebration at the indoor stadium will still be the same as the ones already planned for Padang Merdeka," he said.

Among the highlights are a 300-drum performance, shadow play and a float parade.