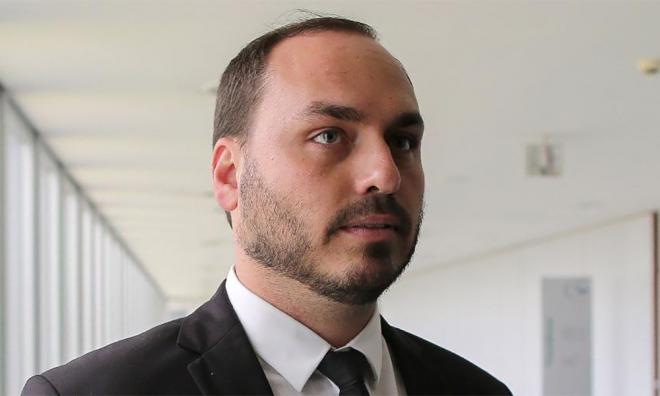 Brazilian President Jair Bolsonaro’s son Carlos (right, photo above) is under investigation by the Rio de Janeiro state prosecutor’s office, it said on Wednesday, making him the second of the far-right leader’s sons to be probed by state investigators.

Carlos Bolsonaro (above), a Rio city councillor who has guided the president’s pugnacious social media presence, is facing a civil and criminal investigation for alleged improprieties in his council office, the state prosecutors’ office said in a statement. It added that the probes were sealed.

Reuters was unable to contact Carlos Bolsonaro, who has taken unpaid leave from his city council job to take care of his father who is recovering from an operation.

The president’s office did not respond to a request for comment.

News of the probe is an embarrassment for the president, who surged to power last year on a vow to end years of corruption in the country’s political and business classes.

The president was a federal lawmaker representing Rio, a traditional hotbed of corruption, for nearly 30 years and his sons have followed him into politics. President Bolsonaro hopes that another of his sons, federal deputy Eduardo Bolsonaro, will become the next ambassador to the United States.

Flavio Bolsonaro (left, photo above), a senator and another son of the president, was under investigation for alleged corruption during his time as a Rio state lawmaker, but the probe was blocked by the supreme court.