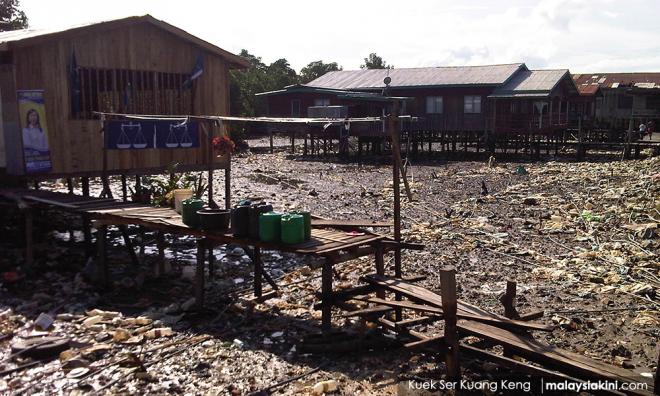 MP SPEAKS | Recent statements have questioned the reports that there are 0.04 percent of households that remain below the national poverty line.

This works out to be approximately 27,000 households below the poverty line income (PLI) out of a total population of 6.7 million households.

These estimates have been seriously questioned and point to a possible gross underestimation given the realities on the ground: whether in the marginalised urban pockets, rural communities or social groups in Sarawak and Sabah.

In a statement that I made on Sept 4, I proposed that a Royal Commission of Inquiry (RCI) be convened to look into poverty in Malaysia. I had proposed a broad terms of reference and a list eminent personalities as prospective members.

My proposals have been commented upon by a multitude of individuals. While opinions about the appropriateness of establishing a RCI have differed, there appears to be a broad consensus that the manner in which the PLIs have been calculated needs a review in the context of the preparation of the 12th Malaysia Plan.

The review needs to take into account the range of comments that have raised issues and reminded us of the commitments made by the Pakatan Harapan leadership concerning fuller transparency and accountability.

The determination of Poverty Lines (PLs) is a key step in the estimation of the population falling within a status of poverty. The United Nations Statistical Division has laid out recommendations concerning the derivation of PLs. Three basic, but widely used, approaches to define income poverty lines are:

I quote from the UN Handbook:

“The methods described below identify people living in households at risk of income poverty. Absolute or basket of goods poverty line ‘… represent the cost of buying a basket of goods that allows one to meet the absolute thresholds of satisfying certain basic needs’. Persons living in households with income below that needed to purchase the items required are deemed to be at risk of poverty. In some variants the threshold is set as a multiple of the price of a basic food basket to allow for non-food expenditure The basket of goods can be determined on a per-capita basis for each individual or can be distinguished for different types of households, thus providing an implicit scale of equivalence. To be effective, poverty lines which are based on a basket of goods need to reflect local prices and consumption patterns…Also the base of the absolute measure, that is the basket of goods, is likely to need updating over time as community standards or expectations change.”

2. Poverty line based on social consensus

Other poverty lines use minimum thresholds decided by societal standards. For example, persons may be asked what minimum level of income they consider as adequate for a given type of household. The average of these responses would then provide a simple income cutoff for determining who is at risk of income poverty for any type of household. This idea inspired more refined, so-called subjective poverty lines.

The most common measure is the ‘headcount ratio’ based on the proportion of people within a country with an income below a certain fraction of median equivalised disposable household income in that country, e.g. Eurostat commonly uses 60 percent while reports from the Organisation for Economic Co-operation and Development (OECD) often rely on 50 percent.

Most developing countries have tended to use the absolute or basket of goods approach in establishing the PLI. The basket of goods is determined on the consumption patterns as measured by Household Income-Expenditure Surveys (HIES).

Malaysian approach to calculation of PLI

“A deeper and more troubling issue concerns the calculation methods used. Box 16.2 indicates that the new PLI is made up of two components - the food and non-food components.

“The Plan goes on to state that the Food component has been calculated on the basis of the ‘ … advice of nutritionists , dietitians and medical professionals.’

“The point to note is that actual consumption patterns as measured by the household surveys were ignored and substituted with notional figures on ‘desirable’ calorie values. This then is the measure used in defining the poverty line to estimate the hardcore poor.

“The impact of this approach grossly affects the PLI and ultimately understates the estimated number of the hardcore poor. This is a very deep flaw. This approach is neither recommended nor used in deriving PLIs.”

These concerns were ignored, and the authorities continued to use this highly flawed methodology which seriously deviated from international best practice for establishing an appropriate PLI.

It is now patently clear that the continued use of the flawed methodology yields unrealistic estimates of the number of households in poverty that lack credibility.

Independent researchers on poverty who have attempted research and analysis have expressed great frustration in their inability to gain access to the raw survey data which is hoarded as a state secret. This again is an uncommon practice in statistically advanced countries.

The recent discussion of the issue of poverty estimates has brought forth a clear recognition that the estimates of poverty are in gross error.

The estimate of 0.04 percent estimate is delusional and cannot be used as a basis for planning and allocation of resources.

The methodology in place needs replacement and be brought into line with international best practice. There is a certain urgency for action.

First and foremost, the Economic Planning Unit (EPU) and Statistics Department need be directed to release disaggregated data (anonymised in keeping with the requirements of the Statistics Act) from the last Household Income-Expenditure Survey to permit researchers to undertake independent analysis.

The release would represent the commitment to open and transparent sharing of data consistent with the Pakatan Harapan manifesto. This is a promised reform and needs to be met.

It is noteworthy that release of such data are a basic and common practice and in keeping with the UN Principles of Statistics. No statistically mature country hoards survey data in the way Malaysia does.

The options concerning the methodology for calculating are well established and internationally known. The problem we face arises from the fact that the previous BNmasters circumvented that methodology.

To put matters right, what is needed is the establishment of an independent Technical Expert Group.

This is the commonly accepted approach adopted by a large number of advanced countries when calculating important/sensitive statistical measures.

It is time for Malaysia to move towards a fully transparent approach by abandoning outdated practices designed to generate “feel good” numbers.

There is great urgency in addressing this issue of credible measures to coincide with the preparation of the 12th Malaysia Plan to achieve shared prosperity for all Malaysians and achieve the goals of becoming an advanced nation.