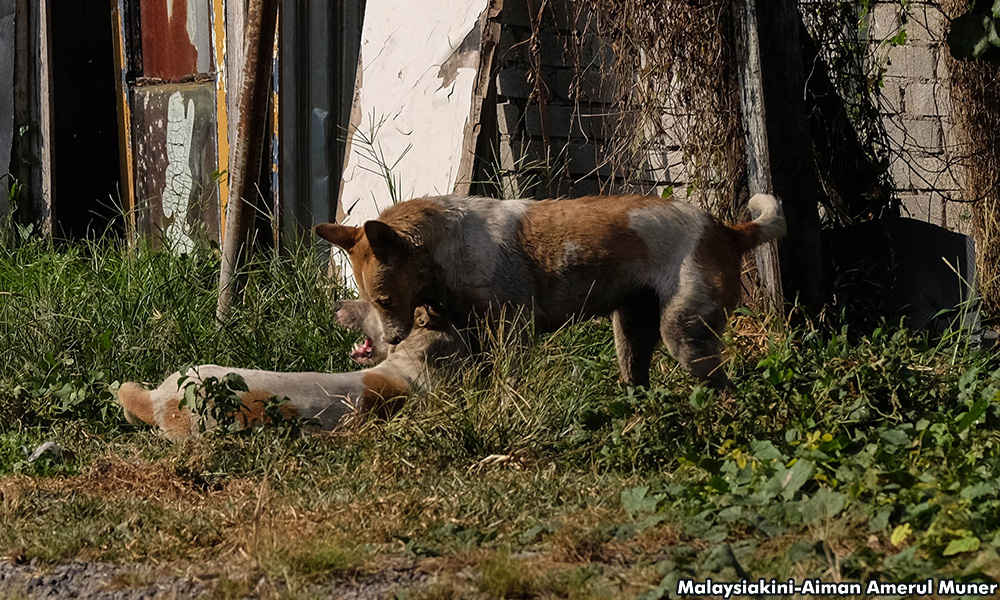 Kuching to have state-of-the-art animal village for strays

Sarawak will soon have a state-of-the-art animal village in this capital city to provide shelter for stray cats and dogs, complete with a health centre, boarding facilities, a cafe and a pet-grooming centre.

Sarawak Society for the Prevention of Cruelty to Animals (SSPCA) president Donna Drury-Wee said the new facility will be built on a 0.8-hectare land awarded by the state government, with a built-up size of about 10,000 square feet.

“We hope the (local) council will approve our building plan. Then, we can start construction in four to six months’ time. We hope to open (the facility) at the beginning of 2021,” she told reporters after Chief Minister Abang Johari Openg performed the ground-breaking at the site in Kuching today.

The proposed shelter is located at Sungai Tapang, seven kilometres from the Kuching International Airport.

Donna said it will be able to cater to about 170 cats and dogs at any one time.

Donna said the cost of the village construction is estimated at RM5 million.

“We will be reaching out and we hope individuals and corporations can assist with annual sponsorship grants to support the work we are doing to help make Sarawak rabies-free again and to make it a stray-free state with responsible owners (of pet dogs and cats),” she said.

She said the SSPCA shelter on a 0.6-ha site at Jalan Penrissen is overcrowded with 500 cats and dogs.

Abang Johari (above), in his speech, commended SSPCA’s initiative, saying the idea was brought to his attention by Donna nine years ago.

“I informed the late chief minister (Adenan Satem) that one of the areas we have to look at to have a clean city is stray dogs and cats.

“I informed him that Donna and her team have applied for a piece of land. Adenan was very sympathetic and he had chosen this land.

“After I took over, the land was surveyed by the Land and Survey Department and we gave the land title to the society, initially with premium. But then I asked how are the dogs and cats going to pay, so I gave the land for free,” the chief minister said.

Abang Johari added that 62 percent of animals in Sarawak are vaccinated, close to the 70 percent target set by the United Nations.