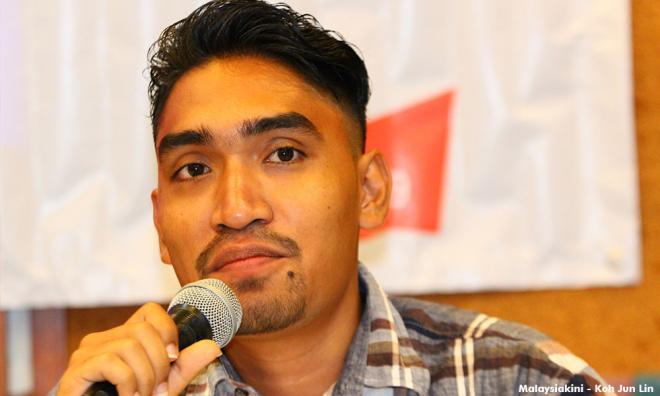 Amnesty International Malaysia has criticised yesterday’s arrest of PSM activist Khalid Ismath under the Sedition Act 1948, a law which the Pakatan Harapan government has promised to abolish.

"Amnesty International Malaysia is dismayed with the continued use of the Sedition Act, this time against Khalid Ismath when he was arrested on Sept 13.

"Once again, the repeated use and the wide nature of the Sedition Act signals a stagnation of the efforts to improve freedom of expression in the country.

"Despite repeated promises to do away with the Sedition Act, the Pakatan Harapan government has failed to live up to its word," Amnesty International Malaysia executive director Shamini Darshni Kaliemuthu said in a statement.

Shamini said Putrajaya must follow through its promise to abolish the Sedition Act in the upcoming Dewan Rakyat sitting next month.

"Along with the call for the Sedition Act’s full abolition, we are urging the government to drop all pending charges under this repressive law immediately and without condition," she said.

He said Khalid, who is the former PSM Youth chief, was arrested at his home in Klang under Section 4(1)(b) of the Sedition Act over Twitter postings he allegedly made against Raja Permaisuri Agong Tunku Azizah Aminah Maimunah Iskandariah.

Section 4(1)(b) of the Sedition Act concerns the utterance of seditious words that carries a fine of up to RM5,000 or imprisonment up to three years or both for the first offence.

"PSM is of the opinion that the arrest at his home at night was a form of intimidation.

"If police needed (his statement), it can ask him to present himself at the police station and he would have cooperated," Arutcelvan said.

He noted that the Permaisuri Agong had also urged people not to make police reports against those who are critical of her.

Artuchelvan added that Khalid has denied making the Twitter postings against the Permaisuri Agong.

He said the continued use of the Sedition Act must stop in line with Putrajaya's promise to abolish the law.

Khalid was brought to the Dang Wangi district police headquarters and is expected to be remanded.

"These arrests are a serious assault on our freedom of speech which is guaranteed under Article 10 of the Federal Constitution.

"This fundamental right has a high threshold which also covers the freedom to speak about sensitive issues in Malaysia.

"While it is clear that freedom of speech is not absolute, it is only in limited circumstances, when it is absolutely necessary that the authorities may act, in a proportionate manner, against social media posts which carry a real issue of incitement, public disorder or security," she said in a statement.

She added that the vagueness of laws, such as Section 233 of the Communications and Multimedia Act, has aggravated the problem.

"The Attorney-General’s Chambers and the Malaysian Communications and Multimedia Commission must publish clear, consistent and fair guidelines on what constitutes offensive online communication. Without such guidance, citizens are unable to regulate their own actions to ensure they do not unwittingly cross the threshold of a possible criminal offence.

"Furthermore, comments should not be deemed criminal just because they touch on the royalty.

"It is for this reason that the Sedition Act must be abolished as the law is overly broad and vague where almost anything controversial can be construed as seditious," she said.

She added that arrest over social media posts was a "shameful and common practice" under the previous government and should not happen today.